The Prime Minister has repeated his belief the UK has “enough” land-based wind farms. Before Christmas, David Cameron told MPs he thought “enough is enough” and suggested the UK didn’t […] 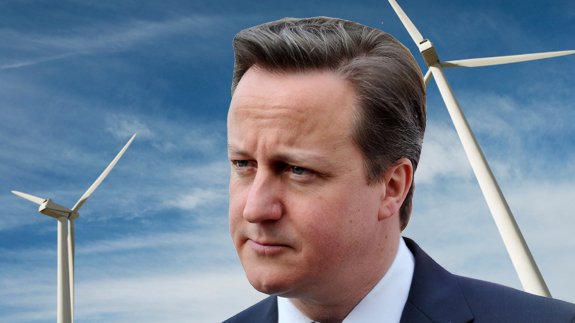 The Prime Minister has repeated his belief the UK has “enough” land-based wind farms.

Coming from the man who pledged to lead the “greenest government ever”, it raised eyebrows among some renewable energy campaigners.

Green MP Caroline Lucas prodded the Coalition leader in a written statement yesterday, asking if he would publish evidence backing up his statement that 10% of UK electricity coming from onshore wind is enough as part of a balanced energy supply.

It concluded: “There is therefore more than enough onshore wind already consented to meet the 2020 Renewable Energy Targets.”

The comments are unlikely to please those who complain the Tory Communities Secretary Eric Pickles has blocked too many planning applications for wind farms.