Hundreds of millions of pounds are being wasted because of energy theft in the UK – particularly in the North East. That’s why Crimestoppers – the charity which helps the […] 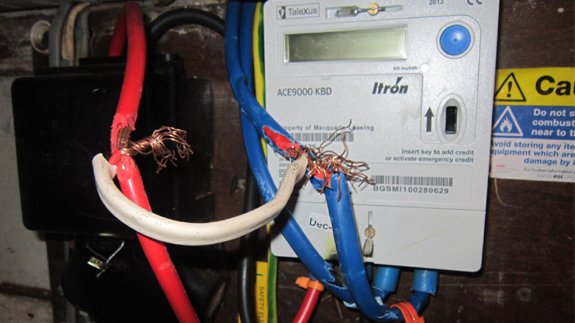 Hundreds of millions of pounds are being wasted because of energy theft in the UK – particularly in the North East.

That’s why Crimestoppers – the charity which helps the police solve crimes – is launching a campaign to raise awareness of the dangers of meter tampering and energy theft.

It is part of an effort to help bring down the £400 million energy theft costs the public each year and to educate people on the dangers the crimes pose.

The campaign will focus on Newcastle and neighbouring Gateshead, appealing to local communities for information on those who commit the crimes.

Dave Hunter, North East Regional Manager for Crimestoppers, said: “While some will see energy theft as a victimless crime, I can categorically state this is not the case.

“Tampered meters have seen lives endangered and people hospitalised – and for what? A small saving on an energy bill – is it really worth it?”