The winners of the first wave of the UK Government’s renewable energy auction have been announced. DECC has chosen 27 green developers under its Contracts for Difference (CfDs), which guarantees […] 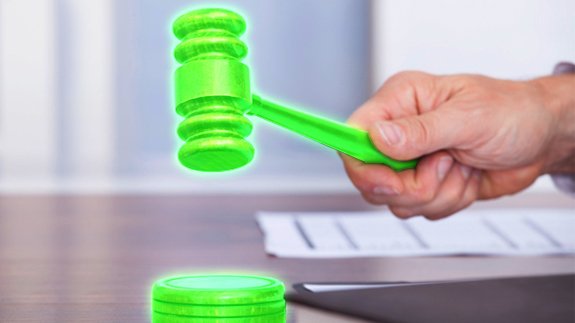 The winners of the first wave of the UK Government’s renewable energy auction have been announced.

DECC has chosen 27 green developers under its Contracts for Difference (CfDs), which guarantees power prices for 15 years.

They will be able to generate enough electricity to power around 1.4 million homes and reduce four million tonnes of carbon emissions in total.

The contracts being offered include two offshore wind farms, which could deliver 1.1GW of new capacity, 15 onshore wind projects will provide nearly 750MW of capacity and five solar projects with capacity totalling 70MW.

Three advanced conversion technology (ACT) projects and two energy from waste with combined heat and power projects with 67MW of capacity have also been chosen. 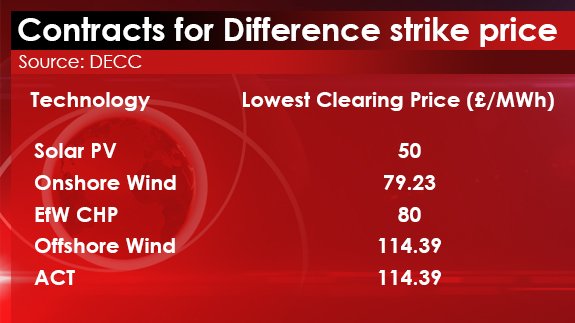 The contracts are worth more than £315 million but DECC said the new auction system has helped drive down prices, with the clearing price for solar coming in at “up to 58% lower than the price would have been without competition, offshore wind at up to 18% lower and onshore wind at up to 17%”.

Energy Secretary Ed Davey added: “This world leading auction has delivered contracts for renewables projects right across the UK. These projects could power 1.4 million homes, create thousands of green jobs and give a massive boost to home-grown energy while reducing our reliance on volatile foreign markets.

“The auction has driven down prices and secured the best possible deal for this new clean, green energy.”