What a day it was! A conference for smaller suppliers and generators in the energy industry. Around 150 energy end users, third party intermediaries (TPIs) and suppliers attended the event […] 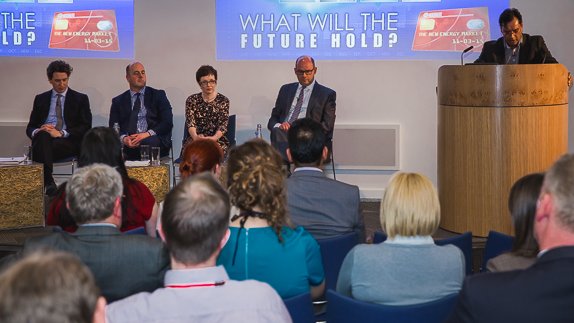 What a day it was! A conference for smaller suppliers and generators in the energy industry.

Around 150 energy end users, third party intermediaries (TPIs) and suppliers attended the event which was held at the fascinating Co-operative headquarters in Manchester.

The conference kicked off with a bit of networking over lunch, with a number of delegates getting a tour of one of the most environmentally-friendly new builds in the world.

ELN Editor Sumit Bose then opened the first New Energy Market event with a short message from Energy Secretary Ed Davey on the role of new suppliers and how they can change the market moving forward.

We then had the suppliers’ panel debate with Jacqui Hall, Managing Director of CNG, Anthony Badger, Strategy and Development Director at Haven Power, Robert Groves, CEO of SmartestEnergy and Jonathan Graham, Head of Policy at the Association for Decentralised Energy (ADE).

They talked about everything on the changing energy market – how self generation could affect the way energy is moved around the system, if procurement is still alive, what matters most to businesses as the pressure of price becomes static and what could new suppliers do to avoid the pitfalls of the Big Six.

It was an open, honest and informative debate, with the speakers sharing their views and knowledge of the industry and answering some tough questions.

That was followed by a fascinating look into the Co-op’s headquarters, which has been awarded the highest BREEAM outstanding score!

Head of Energy & Environment Nigel Holden revealed what the company has been doing to keep sustainability at the heart of its business activity and what lessons Co-op has learned as end users moving towards becoming procurement experts.

We also had two breakout sessions, one of which was the E-SOS Clinic.

Experts Louise Powell from Gemserv, Kevin Jackson from Inenco and Andrew Fletcher from Carbon Control were there to answer all questions on the dreaded four-letter word ESOS.

How are businesses going to cope with it? What are the measures needed to put in place to reduce demand? What should businesses do?

All those questions – and many more – were answered in this very interactive, packed session, which had to be brought to an end and continued over networking as the questions were endless.

The other breakout session was all about case studies. We had four experts – Tracy Byrne from TUI, Martin Garry and Rob Ellis from Co-op and Richard Felgate from EnStrat – sharing their best practice and knowledge about new challenges faced by businesses and answering questions from the audience.

Then it was time for the delegates to network and catch over some drinks and nibbles.

A jam-packed half-day conference – thank you to everyone who attended and our sponsors – CNG, Haven Power, Hudson Energy and SmartestEnergy – for supporting the event.