Editorial – Budget is black with no sign of green

He’s had his hair makeover. He’s got his new suit. And he’s delivered his final budget. For someone considered oily by some, George Osborne showed more than a tad of […] 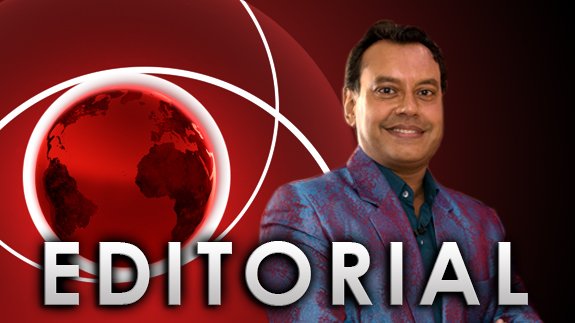 He’s had his hair makeover. He’s got his new suit. And he’s delivered his final budget.

For someone considered oily by some, George Osborne showed more than a tad of liquidity in his budget today when it came to energy.

The end of the “greenest government ever” was well and truly signalled by the announcement of £1.3 billion package of tax breaks and support for the UK’s oil and gas sector.

Don’t get me wrong. North Sea oil and gas has been severely hit by the global fall in the price of oil. Job losses have followed and for the families of those who work in the EP sector or on the rigs and supply chain, the past few months have been worrying times.

A tax break is welcome to support the communities in Aberdeen and beyond and the reduction in petroleum revenue tax from 50% to 35 % and a drop in oil’s supplementary tax from 30 to 20% announced today, will be backed even by the SNP.

But it seems strange to think that this was effectively a handout to fossil fuels. The very thing this coalition wanted to cut back on five years ago. We are in the world of realities now and not sentiments.

In 2010 the recession was well and truly underway but it seemed high ideals were still driving policy.

Cameron pledged this coalition to be green, Chris Huhne his first Energy Secretary promised me there would be no public subsidy for new nuclear, within a couple of years his successor Ed Davey told me he was a “personal fan of wind power” and fracking sounded like a typo.

Wind on to the end of this government and what will its legacy be?

Well yes we have undergone huge changes to our energy sector, market reform is underway, energy prices have become a political bellweather topic. We have invested in wind mainly offshore, the energy market is no longer just the preserve of the Big 6 and there has been a small rise in EVs. Solar installations have gone up but then stalled and we are doing more in terms of CHP and biomass.

Coal power stations have closed but we now import even more gas. EDF is looking at getting a nice chunk of public money for eventually building a nuclear power station (it’s not a subsidy honestly it’s a fair carbon price) and fracking is now worthy of a separate office in Whitehall.

Are we really any greener than we were in 2010? Yes we probably are but have we become a champion of green energy the world over…no. Have the realities of economics hit home, yes.

We end this chapter of the UK government a tad lime in colour rather than green. Oil and gas will stay as the lifeblood of the economy moving forward and there is nothing wrong with that. We need to use gas which is cleaner than coal and more reliable than renewable right now. We will need nuclear and there is a place for tidal, hydro, solar and wind.

But we’ve not had a green revolution and the budget today shows why. Ideals are great and we should aspire to be cleaner and greener but we need to use fossil fuels to bridge the technology gap and keep society going right now.

So let’s hope the next government of whatever shade tries to realise making boasts is fine in terms of electioneering but at the end of the day it’s economic realities that keeps us going.  So it really seems are are turning back to black!