Will you be switching off this weekend?

Iconic London landmarks including the London Eye, National Theatre and the Palace of Westminster will be switching their lights off this weekend. It is part of a global annual event […] 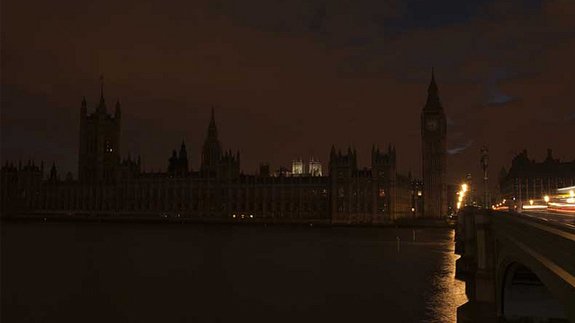 Lights off at the Houses of Parliament London in 2012. Image: Geoff Wilson / WWF-UK

Iconic London landmarks including the London Eye, National Theatre and the Palace of Westminster will be switching their lights off this weekend.

It is part of a global annual event run by WWF when hundreds of millions of people across the globe will turn off their lights for an hour in a symbolic display to show their commitment to tackling climate change.

Called Earth Hour, it will take place between 8.30pm and 9.30pm on Saturday, 28th March this year.

It was famously started as a lights-off event in Australia in 2007 and has since grown to engage more than 162 countries and territories worldwide.

Energy Secretary Ed Davey said: “It’s time for everyone to recognise that climate change will touch just about everything we do and everything we care about. Earth Hour is an excellent opportunity for millions of people across the world to take one simple step to show they’re serious about backing action on climate change.

“Businesses, communities, schools and millions of individuals across the world will be taking part and I will again be ensuring the UK Government stands with them.”