A new energy efficiency scheme has been dubbed racist and a waste of money. The scheme affects businesses in north and north west London enterprise zones and has been sanctioned […] 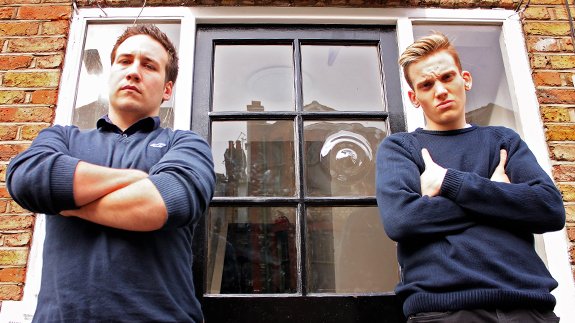 A new energy efficiency scheme has been dubbed racist and a waste of money.

The scheme affects businesses in north and north west London enterprise zones and has been sanctioned by a collection of landlords and local authorities. It requires all businesses to paint their outer doors white, to reflect light and heat and hence save on the cost of heating and improve the energy efficiency of buildings.

The scheme which is being trialled in Haringey, Brent, Camden and Harrow is based on data which shows that white paint can save energy and stop absorption of excess heat, due to its level of reflectivity.

Light Reflectance Value (LRV) is the total quantity of visible and useable light reflected by a surface in all directions and at all wavelengths when illuminated by a light source. It is a recognised industrial fact that LRV can have a marked effect on a building’s energy profile, because LRV is the inverse of absorption.

Absolute white has an LRV of 100 and absolute black an LRV of 0. So white absorbs the least energy and heat and black the most.

The new scheme called “White, light and energy bright” claims by simply painting all exterior doors of commercial properties white, heat could be retained within the property in the winter and buildings cooled in the summer.

But many business owners have dubbed the scheme daft, a waste of money and even racist for insisting the doors have to be painted white.

Mr Wattson said:” We only found out about it from a letter from the council saying we’ve got to paint the whole of the exterior white for some energy efficiency b*****s. We only did the interior a few months back.”

He said the repainting would cost £350. “I’m not forking out an extra £350 for what? Some unproved cock and bull efficiency scheme dreamed up by this stupid government?

“This is nonsense I don’t know how this is really supposed to help us. If he (David Cameron) wants to help us, support for small businesses. Sod the environment.”

Newsagent Aaj Gaarum thought the scheme could be seen as racist.

He said: “Why do they say paint it white? We could do other light colours like lemon or cream. All the bloody doors white, is that something underhand, something racist? Also where is the individuality gone to make your shop stand out? I’m not happy but it’s the rules and I will be fined if I don’t do it, so what can we do?”

Lena Lux who is co-ordinating the trial denied it was a waste of money or prejudiced in any way.

She told ELN: “This is a proven easy way to save businesses thousands each year. We want them to paint the doors and as much of the exterior white as it is the best at reflecting heat and energy.

“We didn’t chose white as we have some hidden agenda! It is simply the most effective reflector. We know many big multinationals have complex energy saving systems but this is cheap way for smaller businesses to do their bit and benefit from real savings.”