Ed Miliband says he’ll create a new watchdog to get tough on power companies. Speaking today in Manchester he outlined Labour’s manifesto, which included a pledge to get rid of […] 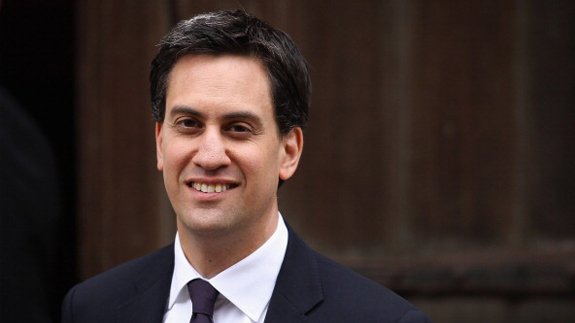 Speaking today in Manchester he outlined Labour’s manifesto, which included a pledge to get rid of Ofgem and replace it with a new regulator which would strip energy companies of their licenses if they harmed the interests of consumers. He also said he would get tough on the Big Six and create new environmentally friendly jobs.

Mr Miliband told a loyal audience: “We won’t stand by while powerful energy companies rip off businesses and families, keeping prices too high. So our plan will freeze energy prices so they can only fall and cannot rise and give the regulator the power to cut prices this winter.”

On energy the manifesto states Labour would ” …simplify energy tariffs and make it easier for people to compare prices to get the best deal. We will protect small businesses by ending unfair contracts and automatic rollovers to more expensive tariffs.

“A tough new energy watchdog will enforce our reforms, with powers to strip energy companies of their licences if they repeatedly harm the interests of consumers and protect off-grid households.”

The generation and supply business of the ‘Big Six’ companies will also be separated under Labour’s plans. They will be required to open up their books and will have to sell their electricity through an open exchange.

The manifesto also promised environmentally-friendly jobs: “We will work to make Britain a world leader in low carbon technologies over the next decade, creating a million additional green jobs.”

Labour also announced they would create a new ‘Energy Security Board’ to deliver a mixed power supply.

It states: “We will create an Energy Security Board to plan and deliver the energy mix we need, including renewables, nuclear, green gas, carbon capture and storage and clean coal.

“For onshore unconventional oil and gas, we will establish a robust environmental and regulatory regime before extraction can take place. And to safeguard the future of the offshore oil and gas industry.”

As for bills the party reaffirmed their desire to freeze energy bills until 2017 and promised the new regulator would help ensure this happened.

You can read the whole manifesto here.