Energy consumers will be able to switch suppliers within 24 hours under new plans set out by the Liberal Democrats. It will also extend the principle of so-called “gainer led” […] 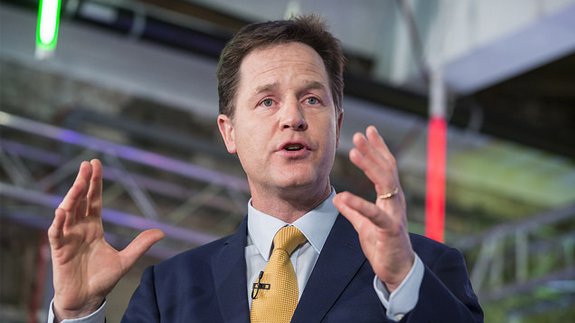 Energy consumers will be able to switch suppliers within 24 hours under new plans set out by the Liberal Democrats.

It will also extend the principle of so-called “gainer led” switching, where the new energy provider organises the switch for customers.

The party set the targets in its 2015 election manifesto, launched today by leader Nick Clegg at an event in south London.

It aims to give consumers information that’s “easier to understand” and help people form new energy co-operatives so they can benefit from group discounts and reduce their bills.

It claims it will make energy saving “a top infrastructure priority” and back new entrants to the market, aiming for at least 30% of the household market to be supplied by competitors to the Big Six by 2020.

It also hopes to stimulate at least £100 billion of private investment in UK’s renewable energy infrastructure by 2020 and aims to source 60% of electricity from renewables by 2030.

It will end the use of unabated coal in electricity generation by 2025 and require new gas stations built after 2030 to be fitted with carbon capture and storage (CCS) technology and encourage onshore wind in “appropriate locations”.

The Lib Dems say they will support fracking but it needs to be “properly regulated” to protect the environment.

“Liberal Democrats in government have introduced the world’s most robust regulatory regime for unconventional gas, including banning drilling in National Parks and will take two further steps to ensure any shale gas contributes to a faster transition to a low carbon economy”, the manifesto states.

It will establish a ‘Low Carbon Transition Fund’, which will using 50% of tax revenues from shale gas to fund energy efficiency, community energy, low carbon innovation and renewable heat.

Once a shale gas well has been used, it must be offered at no cost to geothermal heat developers “to enable faster expansion of this renewable technology”.

It has also set out five green pledges, aiming to put the environment “at the heart of government policy”.