UKIP: Get fracking, invest in coal and scrap solar support

Support for solar and wind power would be scrapped under plans unveiled by the UK Independent Party (UKIP) today. Its manifesto, which was launched by leader Nigel Farage, says the […] 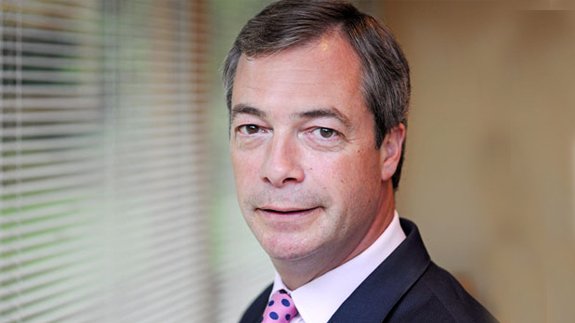 Support for solar and wind power would be scrapped under plans unveiled by the UK Independent Party (UKIP) today.

Its manifesto, which was launched by leader Nigel Farage, says the party would only support renewable energy “where they can deliver electricity at competitive prices”.

It believes the only major renewable technology that currently meets the affordability test is hydro.

“Wind power is hopelessly inefficient and wind farms rely heavily on reserve back-up from conventional power sources. They have blighted landscapes and put money into the pockets of wealthy landowners and investors while pushing up bills for the rest of us”, the manifesto states.

The party would however invest in coal-fired power plants, claiming they “need to be part of the solution” if the UK is to have “energy security and cheap, plentiful, reliable sources of energy”.

A commission would be set up to investigate ways to assist and rejuvenate the coal industry and get rid of the carbon floor tax “on the basis that production from coal plants is combined with carbon capture and storage”.

The party also believes its “time to get fracking” and has pledged to support the development of shale gas “provided safeguards are in place”.

“What is clearly unsafe is the UK’s over-dependence on imports from politically unstable countries. In the interests of energy security alone, the prospect of home-grown shale gas is an enormous opportunity it would be irresponsible to ignore”, it states.

UKIP plans to levy the Petroleum Revenue Tax – currently 50% – on any shale profits and invest the income into a Sovereign Wealth Fund.