People who self-disconnect their gas and electricity supply because they are unable to afford them are being offered free fuel vouchers. The so-called “fuel banks” initiative provides a £49 credit […] 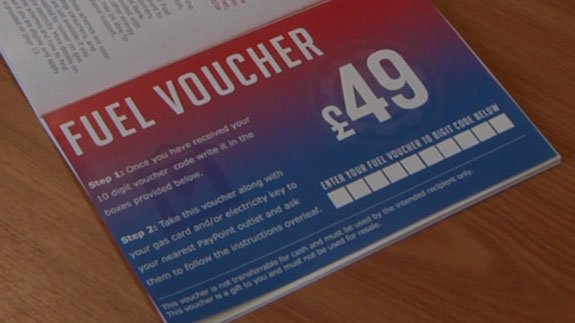 People who self-disconnect their gas and electricity supply because they are unable to afford them are being offered free fuel vouchers.

The so-called “fuel banks” initiative provides a £49 credit to families most in need who use pre-payment meters in a bid to tackle the dilemma of “heating or eating”.

The vouchers, which are expected to keep the lights and heating on for up to two weeks, will be available to people in crisis referred to food banks by social workers, GPs and welfare advice agencies.

It will initially be piloted in 21 locations in County Durham, Kingston-upon-Thames and Gloucester, with the aim of extending it nationwide in the future.

One is every six homes that use a prepayment meter has self-disconnected, according to research from Citizens Advice.

Guy Esnouf, Director of Communications and Corporate Responsibility for npower told ELN: “This is a way to get urgent help to prepayment customers who otherwise would self-disconnect.”

He said the company decided to work with food banks as “they’re great at identifying people in need” and added they are “willing to work with other suppliers”.

When asked if it is a public relations move after being rated the worst for customer service repeatedly, Mr Esnouf said the initiative is a “very good way of getting help to those in need fast”.

The company has set a target of helping at least 13,000 families this year.

Paul Pickhaver, Director of Kingston food bank welcomed the initiative, saying it is a “real help for local people”.

He added: “We’ve issued the very first fuel bank voucher this morning here in Kingston and the response from the person who’s received it is this makes a huge difference… They’ve said this is really a massive boost for them in this point of crisis.

“What this gives is the short term help to say we’re going to alleviate that high cost of gas and electricity at this point while you’re in crisis.”

Jenny Saunders, CEO of National Energy Action (NEA) believes the long term solution to fuel poverty is energy efficiency but said the “real” problems that people face, such as not being able to top-up their prepayment meter, need to be tackled first.