Electricity storage is a central part of the electricity system. That’s according to Anthony Price, Director at Swanbarton and the Electricity Storage Network who spoke at an energy storage conference […] 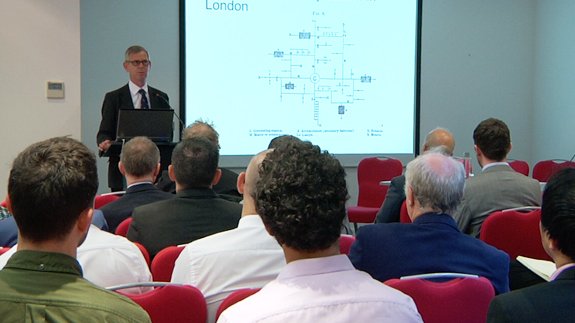 That’s according to Anthony Price, Director at Swanbarton and the Electricity Storage Network who spoke at an energy storage conference run by The Institution of Engineering and Technology (IET) this week.

He told ELN: “It’s so fundamental, its development has really gone hand-in-hand in the development of the power system itself.

He said: “Right from the early days, there was electricity storage and one of the first forms of generating electricity came from batteries.

“Then gradually as we had some proper generators – in the way that we know it – first of all DC [direct current] and then AC [alternating current], we used storage in a variety of forms from both batteries and inter-pump hydro.”

He explained how storage was used for a number of reasons such as improving the performance of a network or to help with transmission and distribution as well as reducing expenditure on distribution costs.

He added: “We also use it to improve the performance of generators and it matches supply with demand.

“It really is just absolutely fundamental.”