David Cameron is being urged to set an ambitious climate target in an effort to reduce carbon emissions. A total of 80 UK businesses, including Big Six energy company SSE […] 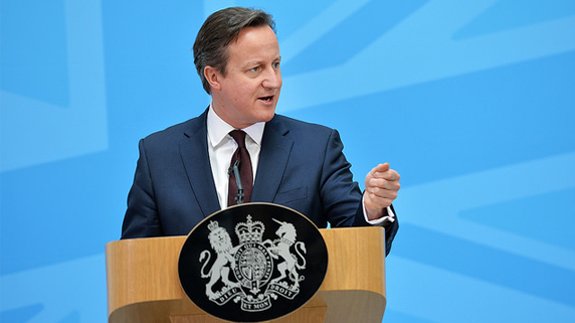 David Cameron is being urged to set an ambitious climate target in an effort to reduce carbon emissions.

A total of 80 UK businesses, including Big Six energy company SSE and National Grid and brands such as Marks & Spencer, John Lewis and Tesco, have written to the Prime Minister to take “decisive action” to combat climate change and build a low carbon economy.

They are calling on the government to set an ambitious fifth carbon budget – which covers the period between 2028-32 – and is the next step forward in the UK’s legally-set target of cutting emissions by 80% by 2050.

The businesses are also calling for “much-needed clarity” on what is expected in terms of low carbon investment and believes more confidence is needed for green investors.

Alistair Phillips Davies, Chief Executive of SSE said: “As one of the UK’s largest investors in low carbon energy, SSE has long argued for a strong international carbon framework that can provide the right signals for efficient investment.”

David Nussbaum, Chief Executive of WWF-UK, which orchestrated the letter added: “As we approach international climate talks, Britain should be a global champion for change but a lack of consistent long-term policies sends a confusing message to business and undermines our attractiveness to investors.

The Prime Minister should send a clear message that the only way forward is a green economy and support forward-looking firms that want to build a clean economy.”

DECC said a global deal “is the only way we can deliver the scale of action required” to tackle climate change.

A spokesperson added: “This is the only credible means to leverage more from others and to further drive down the costs of climate action. It will give a clear signal to business and investors that Governments are committed to delivering a global low carbon economy.

“On  May 28th we announced that the UK would put £50.5 million of existing funding into the Climate Development Finance Facility to help developing countries tackle climate change.”