Fracking could reduce house prices and lead to environmental damage, according to a government report. It was forced to publish the unredacted document following a decision made by the data […] 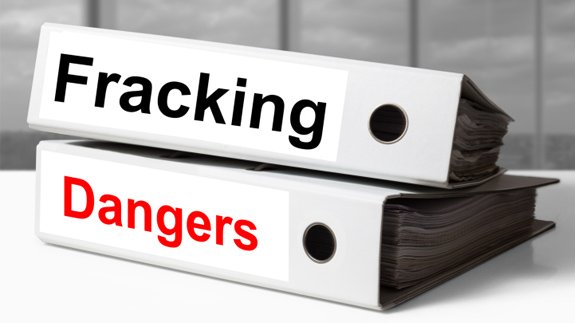 Fracking could reduce house prices and lead to environmental damage, according to a government report.

It was forced to publish the unredacted document following a decision made by the data watchdog, the Information Commissioner’s Office, after a battle with campaigners.

Several key sections of a version released by the Department for Environment, Food and Rural Affairs (Defra) last summer were censored.

The full report – which Defra said is “not analytically robust” – states there could be reduction of up to 7% in property values within one mile of a fracking extraction site.

It said: “Those residents owning property close to the drilling site may suffer from lower resale prices due to the negative perception being located near the facility and potential risks.”

The report however adds the evidence “is quite thin and the results are not conclusive”.

It said insurance costs may have to go up for homes near shale gas sites and warns leakage of waste fluids could affect human health through polluted water or the consumption of contaminated agricultural products.

“Properties located within a 1-5 mile radius of the fracking operation may also incur an additional cost of insurance to cover losses in case of explosion on the site”, it said.

It estimates there could be around 14 to 51 vehicle movements to a site each day during exploration and site preparation over a 32 to 145-week period.

“This could have an adverse impact on traffic congestion, noise or air quality depending on existing roads, traffic and air quality”, the report states.

The report also reveals shale gas exploration could provide a community contribution of £100,000 per hydraulically fractured site initially, equivalent to total UK payments of between £3 million and £12 million.

Greenpeace UK energy and climate campaigner Daisy Sands said: “This report gives the lie to the shale lobby and ministers’ claim that there’s no evidence of negative impacts for fracking whilst questioning many of the arguments made in favour of it.

“It’s a complete vindication of Lancashire County Council’s decision to reject Cuadrilla’s bid to frack in their region and provides other councils with compelling reasons to do the same.”

Friends of the Earth believes the UK Government should “follow the lead” of Wales and Scotland and put fracking on hold.

Energy campaigner Tony Bosworth added: “No wonder Defra sat on this explosive report until after the Lancashire decisions – it shows that people living close to rural fracking sites can expect to see the value of their homes fall by up to 7% and their insurance costs rise.

Ken Cronin, chief executive of UK Onshore Oil and Gas (UKOOG) however said: “It is a shame this report has become such a cause celebre as it is merely a review of literature and brings nothing new to the debate or any new information in a UK context.”