More than 3,000 people have signed a petition calling on the government to support small and medium-sized wind projects in the UK. RenewableUK handed the letter to the Department of […] 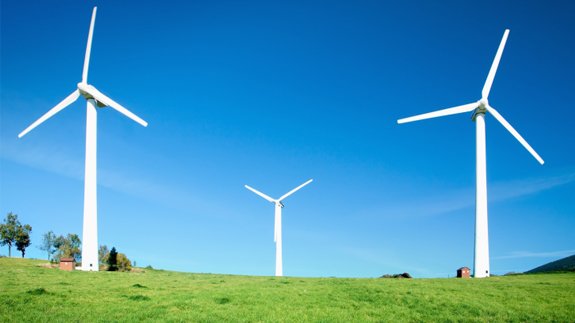 More than 3,000 people have signed a petition calling on the government to support small and medium-sized wind projects in the UK.

The petition was accompanied by a letter that warned “cutting investment too soon and too abruptly will put British manufacturers out of business”.

It urges the government not to penalise the small wind industry in the upcoming Feed-in Tariff review.

The trade body also handed over picnic hampers of “wind-powered food” to the government departments. They included cheese, eggs and jam all made locally using power generated by on-site wind turbines.

The initiative is part of the ‘Big 60,000’ campaign by Action for Renewables aimed at increasing the number of small-scale local renewable energy projects.

Gemma Grimes, RenewableUK’s Director of Onshore Renewables, said: “Today’s action is about letting government know that the decisions they make have a very real impact on the many thousands of people in rural Britain who now depend on a wind turbine to make a living.

“The upcoming Feed-In Tariff review provides an opportunity for the government to show it supports a growing and successful industry in the heart of British rural life. We want to see the “Big 60,000” become a reality – that means more and more people generating their own power. But this won’t happen without careful nurturing. The wishes of thousands of ordinary voters who signed this petition should not be ignored.”

A DECC spokesperson added: “We will look into how we may continue to support community wind projects as part of a review of the feed-in tariffs that will be undertaken this summer.”

The news follows the government’s announcement to scrap subsidies for onshore wind projects from April next year and proposals to reduce support for solar and biomass.