The UK renewables sector has called on the government to re think its cuts to Feed-in Tariff eligbility. Seven organisations from across the country have submitted an open letter to […] 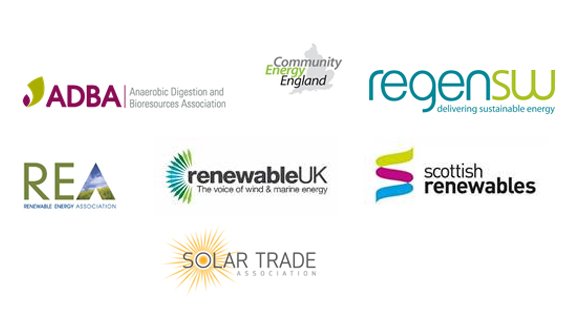 Renewable sector has teamed up to write a letter to DECC

The UK renewables sector has called on the government to re think its cuts to Feed-in Tariff eligbility. Seven organisations from across the country have submitted an open letter to DECC claiming the changes are bad for business and energy security.

The letter comes hot on the heels of a warning that solar will be starved of investment and is the culmination of several week’s worth of noise from the green energy sector criticising the Tories’ recent cuts to green subsidies.

The letter is published below. ELN has asked DECC for a response.

“On behalf of the renewable energy sector, and many thousands of businesses, community groups and investors, our organisations have come together to call on the Department of Energy and Climate Change to review urgently its decision to remove preliminary accreditation from the Feed-in Tariff.

As of today, 1st October, developers are no longer able to register for financial support under the FiT at a specific level before they start generating, increasing uncertainty over their viability. This change has removed access to the FiT from individuals, farmers, businesses, investors and communities looking to generate their own power. As a result, hundreds of projects, millions of pounds of investment and many thousands of jobs have been put at risk. It also has the reverse impact of what the Government seems to intend, by pushing up costs.

This change is bad for business and bad for energy security. Renewable energy is not a “nice to have”: it generates more electricity than coal and provides employment in manufacturing and in the rural economy.

We believe the consultation process on the removal of pre-accreditation was deeply flawed. No impact assessment was provided by DECC and insufficient time was allowed for a proper consideration of the proposal. The unexpected move was announced on 22nd July and confirmed on 9th September.

It is unfortunate that we have so far been unable to establish meaningful engagement with DECC on this matter.  We would therefore urge DECC to expedite meaningful engagement between ourselves, the Secretary of State and her advisors in the coming weeks.  We desire to work in a spirit of co-operation with Government and find a route forwards that allows many more people to benefit from installing renewables on their rooftops, farms or businesses, while helping to manage costs for all consumers.”