Tata Steel has confirmed nearly 1,200 jobs will be lost in the UK. It made the announcement today as part of its restructuring plans and proposals to stop production of […] 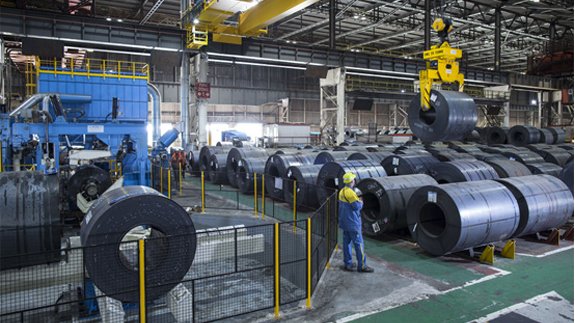 Tata Steel has confirmed nearly 1,200 jobs will be lost in the UK.

It made the announcement today as part of its restructuring plans and proposals to stop production of steel plate.

The company confirmed it is cutting around 900 jobs in Scunthorpe in North Lincolnshire and 270 in Scotland.

It comes “in response to a shift in market conditions caused by a flood of cheap imports, particularly from China, a strong pound and high electricity costs”, it said.

Tata Steel added imports of steel plate into Europe have doubled and imports from China have quadrupled, causing steel prices to fall steeply.

Karl Koehler, Chief Executive of Tata Steel’s European operations said: “I realise how distressing this news will be for all those affected. We have looked at all other options before proposing these changes.

“The UK steel industry is struggling for survival in the face of extremely challenging market conditions. This industry has a crucial role to play in rebalancing the UK economy but we need a fairer system to encourage growth. The European Commission needs to do much more to deal with unfairly traded imports – inaction threatens the future of the entire European steel industry.”

Earlier this year the company announced it will cut up to 720 jobs, mainly at its steel-bar making plant in Rotherham, South Yorkshire.