Floating turbines ‘could be competitive by mid-2020’

Floating offshore wind farms could become competitive by mid-2020. That’s according to a new report by the Energy Technologies Institute (ETI). It states offshore wind turbines will have the potential to […] 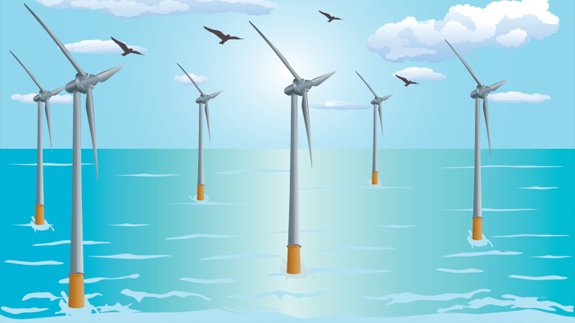 That’s according to a new report by the Energy Technologies Institute (ETI).

It states offshore wind turbines will have the potential to deliver “cost effective, secure and safe low carbon energy for the UK” by that period.

It adds with continued technology and supply chain development there is “a clear and credible route to delivering commercial offshore wind farms”.

ETI suggests floating wind technology has the potential to deliver a levelised cost of energy of less than £85/MWh, “allowing it to compete with the lowest cost forms of low carbon generation”.

The report states although “the UK already has the world’s highest offshore wind capacity…in order to reduce costs further, there needs to be access to good quality wind resource, which is close enough to the shore and power users so transmission costs are minimised and operations and maintenance costs reduced”.

It adds: “Floating offshore wind technology can open up new commercially exploitable sites in deeper water relatively close to the shore which are currently inaccessible due to limitations in the depth to which fixed foundations can be deployed.”