The UK Government is aiming to delay tough emission standards for its struggling steel industry. It confirmed it will be able to take advantage of “special flexibilities” to comply with […] 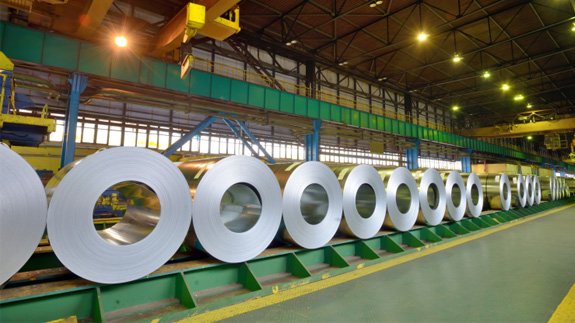 The UK Government is aiming to delay tough emission standards for its struggling steel industry.

It confirmed it will be able to take advantage of “special flexibilities” to comply with new EU rules on emissions.

The EU Industrial Emissions Directive (IED) could have added millions of pounds of additional costs to the industry in January 2016, according to the government.

It has however successfully lobbied the European Commission to allow for specific plants to be granted an extra four and a half years to meet the more stringent emission levels by incorporating them in the ‘Transitional National Plan’.

The government has included various steel sites in the plan, which has been submitted to the Commission for approval.

The announcement comes as thousands of UK steel jobs have been lost or at risk due to a combination of high power prices and Chinese imports.

Last week Tata Steel announced nearly 1,200 jobs will be lost in the UK.

Business Secretary Sajid Javid said: “I am acutely aware of the challenges currently facing our steel industry and where the government can help support them we will. We recognised the costs these regulations could have and are working with businesses to agree a flexible and common sense way forward that doesn’t damage our competitiveness.

“Cutting red tape was one of the issues discussed at our recent steel summit and it is important that we are making progress quickly on it.”

Mr Javid added he will be holding meetings with the Commission to make the case for firmer action on unfair trade operations damaging the steel sector in the UK and across Europe.

Gareth Stace, Director of UK Steel said it is a “good step in the right direction”, adding: “It is one of a series of measures promised by government which are vital to maintain a viable future for the steel industry in the UK. The Secretary of State’s visit to Brussels will also hopefully result in speedier action to support the industry in the short term.”

A new steel taskforce has also called for reduced energy prices to help the industry.