The Scottish Government has given the green light for a floating wind farm. The Hywind project is said to be the largest of its kind in the world once completed. […] 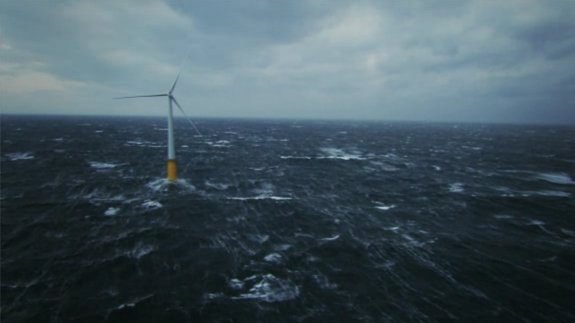 The Scottish Government has given the green light for a floating wind farm.

The Hywind project is said to be the largest of its kind in the world once completed.

It will be located off the coast of Peterhead and will consist of five turbines.

They will have a capacity of 6MW each which are expected to generate 135GWh of electricity per year.

The turbines will be attached to the seabed by a three-point mooring spread and anchoring system.

The project will be developed by Statoil.

“The momentum is building around the potential for floating offshore wind technology to unlock deeper water sites. The ability to leverage existing infrastructure and supply chain capabilities from the offshore oil and gas industry create the ideal conditions to position Scotland as a world leader in floating wind technology.”

Floating wind turbines could be competitive by mid-2020, according to the Energy Technologies Institute (ETI).