The new nuclear power station to be built at Hinkley Point in Somerset is “good value for money”. Energy Minister Andrea Leadsom insisted the low carbon energy source is vital […] 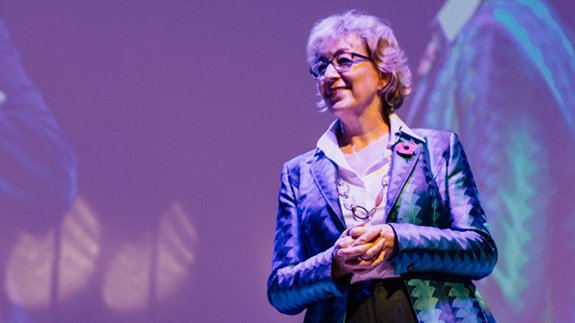 The new nuclear power station to be built at Hinkley Point in Somerset is “good value for money”.

Speaking at the Energy Live 2015 conference in London last week, she said: “It’s low carbon, it’s competitive with the carbon footprint of offshore wind, it’s absolutely reliable and that’s vital for our energy security to have a reliable source of baseload and of course, in terms of the price it’s competitive with other renewable technologies, cheaper than offshore wind.

“It’s really important to look at how each different type of technology supports our trilemma and nuclear is absolutely key to it.”

Her comments follow many in the industry criticising the price set for electricity generated from EDF’s new nuclear power plant – at £92.50/MWh – as too expensive.

Ms Leadsom added power generation from the “amazing” renewable industry has trebled since 2010 and the government is trying to focus on the transition from unabated coal to gas and on to a future which looks “much more” at green energy.

However she said the cost of policies had “significantly exceeded” so the government had to take steps to reduce the impact for consumers.

The Energy Minister added she “understands the frustration” of green developers but said the UK needs to look at ways renewables can continue to succeed “but at the lowest cost to consumers”.

She explained: “You cannot simply take the view that because the industry says ‘we’re almost there, we’re almost there’ that you can unfairly burden the consumer. And let’s be clear about this, the deployment has a direct impact on the subsidy and therefore the cost. So originally when the policies were put in place, it was with a clear level of deployment and the cost associated with it so the deployment has exceeded that and industry says yes, but it still takes further time.

Ms Leadsom added two of the things that is vital to solving the energy trilemma is demand side management and energy efficiency.