Tackling climate change ‘the conservative thing to do’

Tackling climate change “is wholly consistent” with conservative values, according to the UK’s Foreign Secretary. Speaking at American Enterprise Institute, a think tank, in Washington DC this week Philip Hammond […] 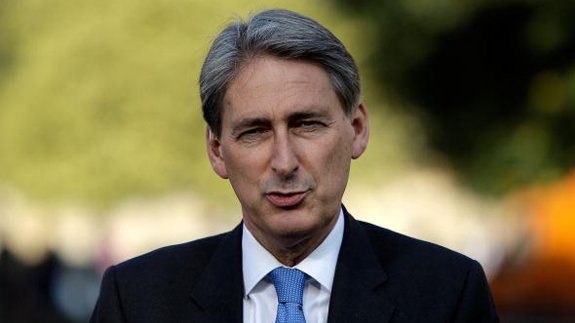 Tackling climate change “is wholly consistent” with conservative values, according to the UK’s Foreign Secretary.

Speaking at American Enterprise Institute, a think tank, in Washington DC this week Philip Hammond said “those conservative values can show us how best to deal with that challenge”.

He called on conservative leaders in both the nations to play a leading role in fighting climate change, claiming the cost of doing nothing is “potentially catastrophic”.

Mr Hammond added: “For too long, we’ve allowed the debate about climate change to be dominated by purists and idealists – many of whom operate on the left of the political spectrum – who actively promote the notion that they and only they, have the answers to the climate challenge and that we have to sacrifice economic growth and prosperity in order to meet it.

“I reject those arguments. I reject them first of all because wanting to protect the world we inherit, to pass it on intact to the next generation is a fundamentally conservative instinct. As long ago as 1988 former Conservative Prime Minister, Margaret Thatcher said, ‘the last thing we want is to leave environmental debts for our children to clear up… No generation has a freehold on this earth. All we have is a life tenancy – with a full repairing lease’.”

He said the UK and US are well-placed to lead as the two countries have some of the most innovative businesses and the best research institutes in the world.

The Foreign Secretary suggested focusing on “crossing the critical frontier” of large scale, high efficiency energy storage to lower the cost of clean energy with storage against fossil-fuelled power generation.

The talk comes ahead of the Paris summit next month when global leaders are expected to make a commitment to tackle climate change.

Earlier this week a leaked letter from Energy Secretary Amber Rudd said the UK is expected to miss a major legally-binding renewable target following which Friends of the Earth threatened legal action if the government fails to put in place a “credible plan” for green energy.