More clarity is needed from government for renewable aims in the 2020s. That’s according to Maf Smith, Deputy Chief Executive of RenewableUK. Speaking at the Energy Live 2015 conference he told ELN: […] 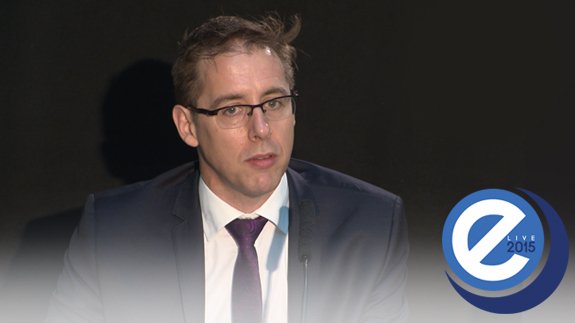 More clarity is needed from government for renewable aims in the 2020s.

That’s according to Maf Smith, Deputy Chief Executive of RenewableUK.

Speaking at the Energy Live 2015 conference he told ELN: “There’s a big opportunity still in onsite generation – businesses, farmers, even householders [are] still looking at how energy generation can help them manage their energy bills but on the larger scale.”

Mr Smith added there will be more direction following the Committee on Climate Change’s 5th Carbon Budget later this year.

He added: “We already know it’s going to say to government ‘we need twice as much carbon to come out [of] the electricity system in the next decade’ so therefore the easy stuff has been done.”

However “it gets harder”, he said: “How does government want to work with us as an industry to deliver decarbonisation?”

Mr Smith went on: “We’re expecting at the end of this month there will be more clarity after the Spending Review and we’re hoping therefore government gets the fact renewables are part of the solution and without them you end up with [an] energy mix which is less reliable and more expensive.”

The UK Government also said it will no longer issue “blank cheques” for offshore wind projects.