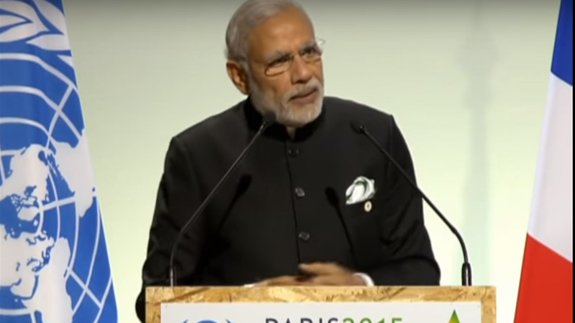 India’s Government is investing $30 million (£20m) to build the headquarters in the country.

A total of 120 countries have signed up to the international initiative.

Mr Modi said: “It will create unlimited economic opportunities that will be the foundation of a new economy of the century. This is an alliance that brings together develop and developing countries, governments and industries, laboratories and institutions in a common enterprise.”

India aims to generate 40% of its energy from non-fossil fuels by 2030.