‘Nuclear must play a role in reducing emissions’

More than half of Brits believe the government should use low carbon technologies, including nuclear and renewables. That’s according to a survey by the Nuclear Industry Association (NIA), which has […] 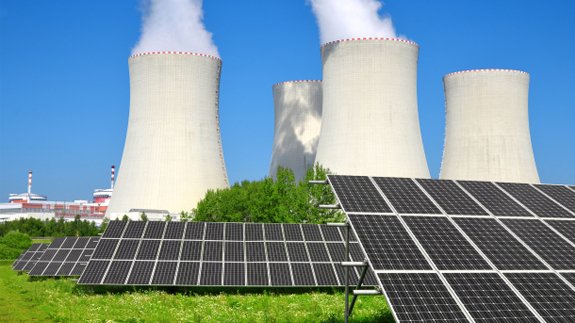 More than half of Brits believe the government should use low carbon technologies, including nuclear and renewables.

That’s according to a survey by the Nuclear Industry Association (NIA), which has been launched today as global leaders are at the COP21 climate change negotiations.

It revealed 57% out of 2,000 people surveyed believe those technologies are needed to reach the country’s emission targets.

However, it added 11% of the respondents disagree.

It also stated 64% think climate change is a “serious and urgent problem” or “definitely happening”.

The power generated by the UK’s nuclear fleet avoids around 40 million tonnes of emissions per year, the NIA claims.

Keith Parker, Chief Executive of the NIA said: “This poll endorses the government’s continued commitment to nuclear power. The public clearly recognise the important role nuclear energy plays in helping to keep the lights on and reduce the UK’s carbon emissions.

“With all but one of the UK’s nuclear power stations due to close by the end of the 2020s, not only will the country lose a fifth of its generating capacity but CO2 emissions will rise and the country will undoubtedly become more dependent on imported energy. New nuclear power is essential for the UK and is the perfect complement to intermittent renewables in the UK’s fight against climate change and air pollution.”

The UK Government is investing £2 billion in a new nuclear reactor at Hinkley Point C.