Around 233,000 people were employed in the low carbon and renewable industry in 2014. New figures from the Office for National Statistics (ONS) also revealed more than 96,500 businesses were […] 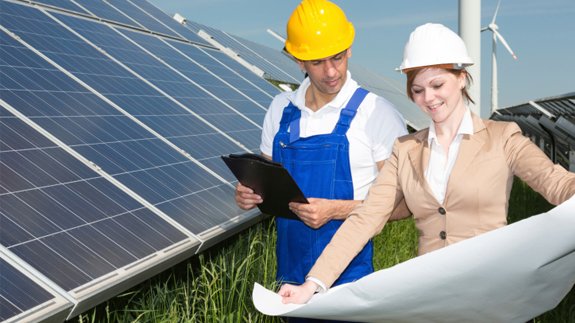 Around 233,000 people were employed in the low carbon and renewable industry in 2014.

New figures from the Office for National Statistics (ONS) also revealed more than 96,500 businesses were “active” in the Low Carbon and Renewable Energy (LCRE) economy during the same period.

A total turnover of £43.5 billion was generated as a result of green projects.

Around 33.6% of the businesses primarily focused on LCRE activities while it differed for others.

“They may however, only have one person spending 20% of their time working on these activities,” it added.

Activities in the LCRE industry in 2014 resulted in £5.9 billion in imports and £4.8 billion in exports.

Scotland had the greatest percentage of businesses engaged in LCRE activities last year, accounting for 5.2%. It was followed by England (4.4%), Wales (3.8%) and Northern Ireland (3.2%). 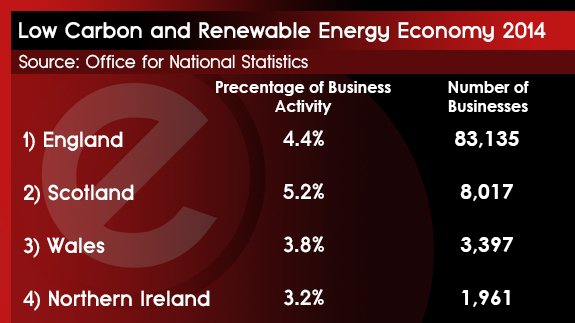 The report added: “The majority of businesses (8.7%) operating in the Low Carbon Services group were LCRE active in England. Compared to other Low Carbon groups, this group had the smallest percentage of firms operating in England.”

“Many of these businesses reporting activity in this group were registered in England but were carrying out the low carbon consultancy service in Scotland or Wales”, the ONS stated.

In the Low Carbon Electricity group, 80.4% of businesses carried out the activity in England and 13.7% in Scotland.

The number of businesses operating in the Low Emission Vehicles group was dominated by activity in England (97.4%).

The ONS sent out the survey to around 40,000 businesses, including those involved in energy production, manufacturing, construction and waste production.