The largest supermarkets have cut the price of petrol to less than £1 per litre. Tesco, Sainsbury’s and Asda have reduced prices as oil fell to below £40 per barrel. […] 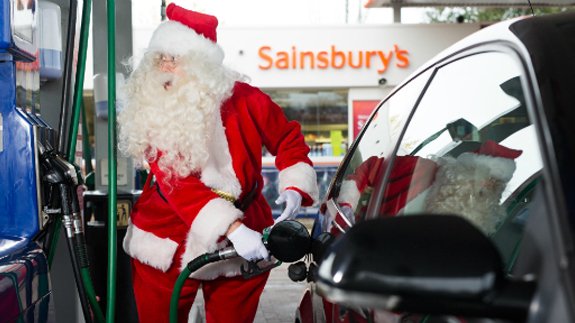 The largest supermarkets have cut the price of petrol to less than £1 per litre.

Tesco, Sainsbury’s and Asda have reduced prices as oil fell to below £40 per barrel.

Last week, data from the RAC revealed it will lead to a cut of three pence a litre in the average price for petrol and five pence a litre for diesel.

Tesco’s petrol price is 99.9 pence a litre as is Sainsbury’s.

Asda announced a weekend promo which cut unleaded to 99.7 pence.

Peter Cattell, Fuel Director at Tesco said: “We want to do all we can to help our customers in the run-up to Christmas. We know that our customers really value low fuel prices and that having unleaded for 99.9p a litre will really give customers a boost over the festive period. These reductions will mean millions of customers save money by shopping at Tesco this Christmas.”