The UK Government has confirmed cuts to financial support for domestic solar projects – but by less than expected. The so-called Feed-in Tariffs (FiTs) will be reduced by 64% in […] 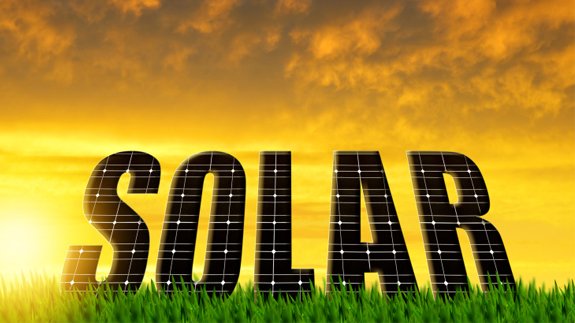 The UK Government has confirmed cuts to financial support for domestic solar projects – but by less than expected.

The so-called Feed-in Tariffs (FiTs) will be reduced by 64% in comparison to the previous proposal of an 87% cut.

That means the total cap for small-scale renewable projects will stand at £100 million from February 2016 to April 2019.

FiTs is one of the renewable schemes funded through the Levy Control Framework (LCF) which is designed to control the costs of supporting low carbon electricity, paid for through consumers’ energy bills.

DECC believes support for projects under FiTs is currently projected to cost at least £1.74 billion a year by 2020/21 if measures aren’t taken to control spend.

“The announcements today give a total reduction of £500m-£600m from the LCF overspend,” it added.

However former Energy Secretary Ed Davey said the government claiming the LCF is overspent is “one big lie to justify cuts to the industry”.

The announcement today follows a consultation launched in August this year and concerns and criticism from industry and green groups.

The FiT scheme currently supports more than 780,000 installations with 4.2GW of capacity of renewable electricity generating capacity across all supported technologies.

DECC said while government support is designed to help technologies “stand on their own two feet”, it should not encourage reliance on subsidies. 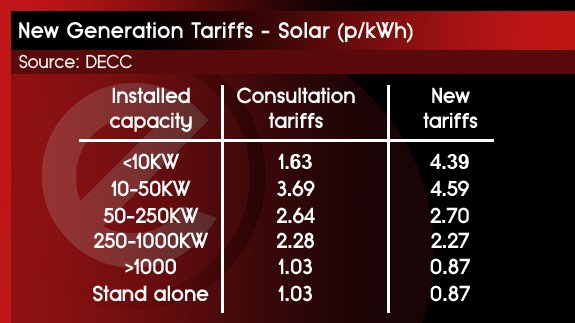 It has revised the tariffs for domestic solar which now stands at 4.39p/kWh for projects with a capacity of less than 10KW. It has also re-introduced pre-accreditation for solar and wind generators higher than 50KW and all hydro and anaerobic digestion generators.

New applications will be paused from 15th January to 8th February to allow time for the implementation of cost control measures, DECC added.

The deployment will be tracked by Ofgem based on the total installed capacity of new installations registered on the Microgeneration Certification Scheme database.

Those projects with 1.5MW of capacity and above will also be eligible for support at 0.86p/kWh from a previous rate of zero.

Hydro has been hit the hardest as projects less than 100KW will receive a rate of 8.54p/kWh – down from the proposed 10.66p/kWh.

Energy Secretary Amber Rudd said: “My priority is to ensure energy bills for hardworking families and businesses are kept as low as possible whilst ensuring there is a sensible level of support for low carbon technologies that represent value for money.

“We have to get the balance right and I am clear that subsidies should be temporary, not part of a permanent business model. When the cost of technologies come down, so should the consumer-funded support.”

The government also confirmed it will close the RO across Britain to new solar capacity at 5MW and below from 1st April 2016 and introduce grace periods “to protect developers who made a significant financial commitment” on or before 22nd July this year and those who experience grid delay “beyond their control”.

It will also end ‘grandfathering’, i.e. a fixed rate of support from the date of accreditation, for projects that do not meet the July cut-off date.

DECC will consult on providing projects with protection against the proposed reduction in support where they qualify for the grandfathering exception.

It follow its decision to close the RO for large-scale solar projects last year.