The world stepped back from a “very, very dangerous brink and an impending nightmare scenario” after agreeing to a climate deal at the COP21 conference in Paris this month. Lord […] 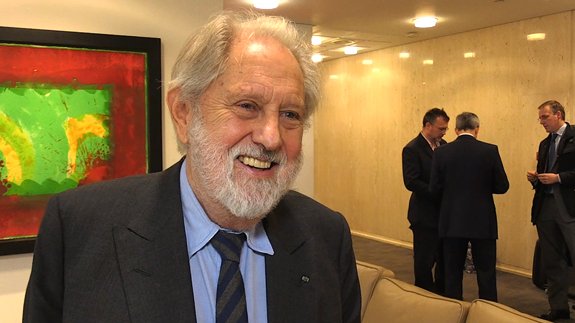 The world stepped back from a “very, very dangerous brink and an impending nightmare scenario” after agreeing to a climate deal at the COP21 conference in Paris this month.

Lord Puttnam told ELN while the deal to limit global temperature rise to well below 2°C exceeded “in terms of ambition”, he believes it should have been “a little more concrete”.

On the UK Government’s energy policies, the award-winning British filmmaker said: “I’m very nervous about fracking in the same way I’m nervous about GM foods because we’re dealing in an area we don’t fully understand and I’m not sure what the repercussions will be. I absolutely accept that pretty well every precaution that can be taken will be taken.

“But I’m a realist. I don’t pretend that I’m going to suddenly stop driving my car… so I’ve got to live in the real world.”

He believes people need to be “more truthful” about the implications of climate change.

Speaking to an audience at the Energy & Climate Intelligence Unit’s event in London, he added the British media “can’t be too proud of their record” on climate change coverage.

Lord Puttnam told ELN: “All too often it isn’t the journalists writing pieces they particularly want to write or recycle, it’s that you do have a generation that is pretty elderly, people like Mr Murdoch, pretty elderly owners of newspapers who are requiring their journalists to write rubbish, absolute rubbish because it justifies their own prejudices.”

Richard Benyon, MP for Newbury, who was also speaking at the event believes UK businesses will play a huge role in tackling climate change as “this is a time when market solutions can deliver environmental solutions”.

He told ELN: “It is an exciting world in which you’re going to see huge new innovation and the British economy is really well situated to capitalise on green tech innovation which will be needed all over the world now because this is a global agreement.”