Five cities in the UK could have ‘Clean Air Zones’ by the end of the decade. It is part of the Department for Environment, Food & Rural Affairs’ (Defra) aim […] 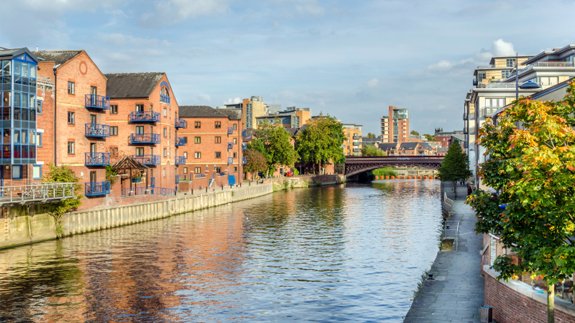 Leeds is one of the cities that could have a 'Clean Air Zone'. Image: Thinkstock

Five cities in the UK could have ‘Clean Air Zones’ by the end of the decade.

It is part of the Department for Environment, Food & Rural Affairs’ (Defra) aim to improve air quality, reduce health impacts and fulfil the nation’s legal obligations.

Under the new plan, the most polluting diesel vehicles, including buses, coaches, taxis and lorries, will be “discouraged from entering the centres” of Birmingham, Leeds, Southampton, Nottingham and Derby.

Last year a new report suggested three of the cities will exceed European air pollution limits until at least 2030.

Local authorities in the five cities will have to set charges at levels designed to reduce pollution. Newer vehicles that meet the latest emission standards as well as private cars will be unaffected.

Birmingham and Leeds will also discourage polluting vans and implement other measures including park and ride schemes, changes in road layouts and infrastructure for alternative fuels.

The new plans are expected to reduce pollution in city centres and encourage the replacement of old, polluting vehicles with modern, cleaner ones.

Germany and Denmark are said to have seen improvements in air quality due to similar schemes.

The news comes after the European Commission launched legal proceedings against the government last year for failing to tackle air pollution following which the Supreme Court ordered it to take urgent action.

According to Defra, one of the main reasons UK cities continue to face air quality problems is the failure of diesel vehicles to deliver expected emission reductions in real world driving conditions.

Earlier this month, EU Member States agreed to introduce real driving emissions tests for air pollutants following the Volkswagen scandal. The plans have however been rejected by the European Parliament’s Environment Committee.

Defra claims air quality has “improved significantly” in recent decades. Between 2005 and 2013, emissions of nitrogen oxides have fallen by 38% and particulate matter has been reduced by more than 16%.

Last year London Mayor Boris Johnson proposed motorists should be paid at least £1,000 to persuade them to scrap their diesel cars.