A specialised fuel to power NASA’s future deep space missions has been produced. Researchers at the US Department of Energy’s (DOE) Oak Ridge National Laboratory in Tennessee completed the first […] 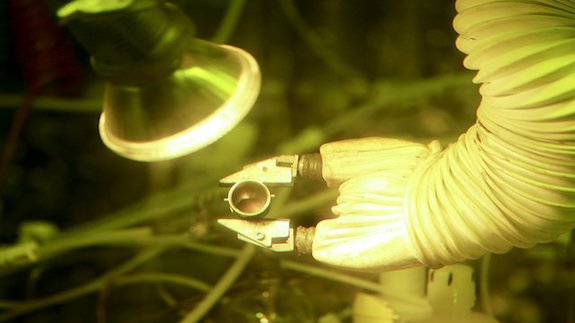 A specialised fuel to power NASA’s future deep space missions has been produced.

Researchers at the US Department of Energy’s (DOE) Oak Ridge National Laboratory in Tennessee completed the first production of 50 grams of ‘plutonium-238’ – roughly the mass of a golf ball – in nearly 30 years.

It comes two years after the project was formally started with funding for NASA, building on many years of research and testing.

The currently available radioisotope power system, called the Multi-Mission Radioisotope Thermoelectric Generator (MMRTG) is supplied to NASA by the DOE.

An MMRTG is essentially a “nuclear battery” that can provide around 110 watts of electrical power to a spacecraft and its science instruments at the beginning of a mission. The excess heat from the MMRTG can also be used to keep spacecraft systems warm in cold environments.

John Grunsfeld, Associate Administrator for NASA’s Science Mission Directorate in Washington said: “This significant achievement by our team mates at DOE signals a new renaissance in the exploration of our solar system.

“Radioisotope power systems are a key tool to power the next generation of planetary orbiters, landers and rovers in our quest to unravel the mysteries of the universe.”

They have been used to power the exploration of the solar system and beyond, from the Viking missions on Mars to the most recent Curiosity Marks Rover and the New Horizons spacecraft sailing past Pluto.

“This demonstration of the key steps in fuel production will ensure that this vital space power technology will be available to provide electricity and heat for ambitious exploration missions of the solar system in this decade and beyond. In all, 27 past US space missions have used this radioisotope power for their electricity and heat,” the DOE added.

It has also provided the power systems for the Navy and Air Force missions for more than 50 years.

The next NASA mission planning to use an MMRTG is the Mars 2020 rover due to be launched as part of its ‘Journey to Mars’ to test technology for human exploration and gather samples of rocks and soil that could be returned to Earth in the future.