£20 a tonne carbon tax ‘will have little impact on consumers’

A carbon tax of £20 per tonne on all fuels would have little impact on consumer prices, according to a new study. It found the “modest” UK-wide tax on fuels […] 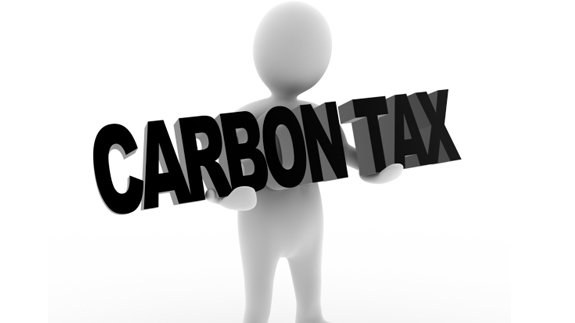 A carbon tax of £20 per tonne on all fuels would have little impact on consumer prices, according to a new study.

It found the “modest” UK-wide tax on fuels and production costs across all 106 industries would only increase prices by up to 0.9%, “assuming all costs were passed along supply chains fully”.

The report argues the true cost impact on consumers is likely to be even lower due to behavioural change and business innovation and as a result of tax revenues from carbon pricing being recycled back to the economy.

It claims 94 industries would see their input costs increase by less than 1% of gross output and four industries, which account for close to 5% of GDP, would see a rise of more than 5%. However most of that output is non-tradable, for example gas and electricity and therefore not subject to international competition.

Only a small number of industries, accounting for around 2% of GDP, are likely to face production cost increases of more than 2%, it adds, putting them under pressure of competition from abroad.

They include refineries, coal, iron, metals, cement and some chemicals.

“However, carbon policies will provide incentives to increase energy efficiency and resource productivity which could afford UK producers a competitive advantage in the long term, in a world where fossil fuel prices could rise and carbon reduction policies are likely to become more widespread and ambitious,” the researchers stated.