The UK Government has failed to meet its own green targets, according to a new report. The ‘greening government commitments’ (GGCs) were targets for reducing the environmental effect of its […] 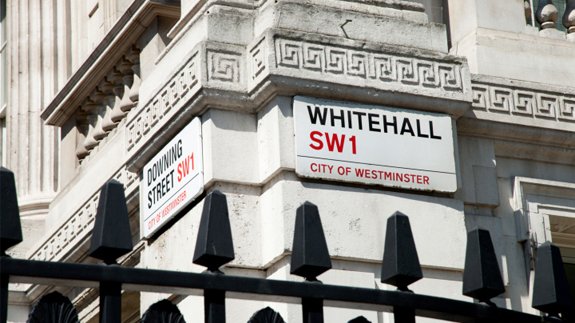 The UK Government has failed to meet its own green targets, according to a new report.

The ‘greening government commitments’ (GGCs) were targets for reducing the environmental effect of its estates and operations over the lifetime of the previous parliament.

It started when Prime Minister David Cameron declared he would lead the “greenest government ever” in 2010.

The latest report compares four years of performance until March 2015 and what each department contributed to the government’s environmental footprint.

That was largely due to the Ministry of Defence, which saw a 19% reduction.

However it achieved savings worth £164 million in total through reduced energy usage.

The government also failed to achieve its 25% waste reduction target, reporting a 22% cut. DECC’s waste went up by 18% while the Department of Education’s fell by 62%.

On water use, only six out of 22 departments managed to meet the “best practice benchmarks” and overall slashed consumption by 11%.

Oliver Letwin, Chancellor of the Duchy of Lancaster and Rory Stewart, Parliamentary Under Secretary of State for Environment and Rural Affairs said: “While these headline achievements may fall slightly short of the targets set for 2014-15, the picture at department-level shows that many departments are meeting and exceeding targets while others are recording valiant reductions in face of significant operational challenges.”

Overall, the reductions are estimated to have saved the government £185 million in energy, waste and water costs.

The report added: “Greening the government’s estate and operations remains a priority for the 2015-2020 government. Departments are expected to continue their efforts under the original GGC framework during 2015-16, closing the gap where targets were missed and striving for continued improvement where they were met. The government is currently considering future Greening Government arrangements.”

The Prime Minister will be questioned on climate policies later today.