Energy managers and psychologists should join forces for effective management. That’s the view of Phillipa Coan, Business Psychologist at Stride, who believes it would be a “perfect marriage” if the […] 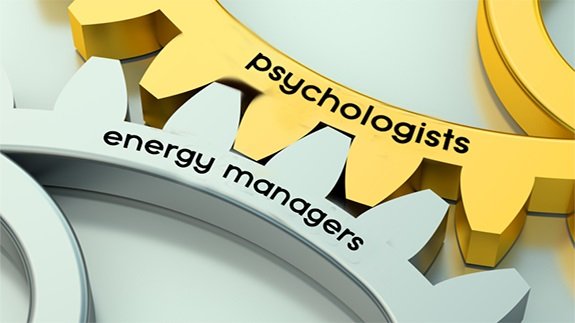 Energy managers and psychologists should join forces for effective management.

That’s the view of Phillipa Coan, Business Psychologist at Stride, who believes it would be a “perfect marriage” if the skill sets of the two professions were brought together.

Speaking to ELN at the Energy Institute event last week, she said: “I think we offer complimentary skill sets. Energy managers, they know all about the technologies and the standards and they have started to incorporate behaviour change elements but as psychologists, we have a lot of knowledge and skills in behaviour change, in organisational change, in motivation, in engagement.

“I think bringing these two skill sets together is a perfect marriage to try and make positive strides forward.”

Dr Coan added focusing solely on technology “is not going to lead to the desired environmental gains”.

She said: “Firstly there’s no guarantee employees are going to use new technology that’s introduced… and secondly, the rebound effect. You can install technology, for example one that retains heat within offices so that employees can turn down thermal controls and save energy but actually a lot of the times employees won’t touch those thermal controls and just enjoy warmer temperatures.

“I’m certainly not saying we need to ignore technology, it’s absolutely crucial but we have to be aware that there is a massive people-social component that needs to be integrated into the solution.”

She believes that while incentives will have a positive effect towards environmental issues, businesses have to be careful about financial rewards.

While it may lead to behaviour change in the short term, “in the long term once that financial reward is removed, behaviour will stop because it is reducing that intrinsic motivation”.

She said: “The financial incentives may well play a part but it’s really about speaking to those people whose behaviour you’re trying to change and working out what’s going to incentivise them. There’s going to be co-benefits beyond financial means.”

A working group between energy managers and behavioural psychologists is being set up, she added, as people are “starting to realise it’s got to be a multi-disciplinary approach”.