Switch to renewables ‘can be fast and cheap’

The US could reduce greenhouse gas emissions from power production by up to 78% by 2030 only with wind and sun. That could be achieved if transmission infrastructures are improved […] 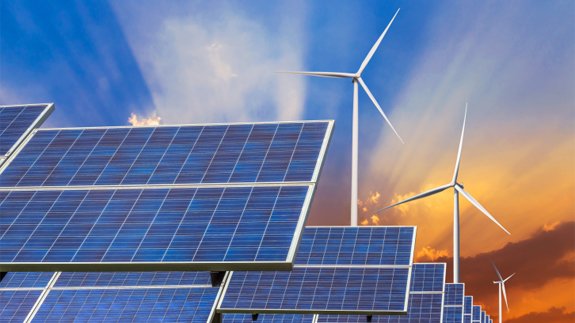 The US could reduce greenhouse gas emissions from power production by up to 78% by 2030 only with wind and sun.

That could be achieved if transmission infrastructures are improved so wind and solar can supply most of the nation’s electricity at similar costs to today.

That’s according to a study by the National Oceanic and Atmospheric Administration (NOAA) and the University of Colorado Boulder researchers.

They stated although the cost of producing renewable energy is falling, these power resources are inherently intermittent.

As a result, utilities have invested in surplus generation capacity to back up renewable energy generation with natural gas-fired generators and other reserves, it added.

According to Alexander MacDonald, co-lead author of the report, the key to resolving this issue might be to scale up the renewable energy generation system to match the scale of weather systems.

He has built a model to evaluate the cost of integrating different sources of electricity into a national energy system.

It estimates renewables’ potential, energy demand, emissions of CO2 and the costs of expanding and operating electricity generation and transmission systems to meet future needs.

It showed even in a scenario where renewable energy costs were more than expected, the model produced a system that cuts CO2 emissions by 33% by 2030.

It would also deliver electricity at around 8.6 cents/kWh. By comparison, electricity cost 9.4 cents/kWh in 2012.

Mr MacDonald said: “Our research shows a transition to a reliable, low carbon, electrical generation and transmission system can be accomplished with commercially available technology and within 15 years.”