The current energy policies in the country are wrong for jobs, economy and to tackle climate change. That’s the view of Caroline Lucas MP from the Green Party who believes […] 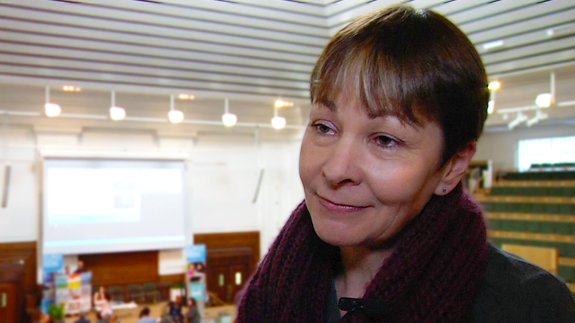 The current energy policies in the country are wrong for jobs, economy and to tackle climate change.

That’s the view of Caroline Lucas MP from the Green Party who believes the government is taking the sector in the wrong direction.

Speaking to ELN she said: “I think the government’s changes to energy policies have been completely disastrous. We’ve seen a government taking away support from renewable energies like solar energy and what we’ve seen instead is them giving yet more support to the nuclear industry, we see them going ahead with fracking, we see them making an absolute requirement, a legal duty, to maximise the economic recovery of oil and gas.

Ms Lucas believes the Conservatives are not working towards the pledges they made at COP21 when the Tory administration signed the Paris climate deal alongside 194 countries to limit the global temperature rise to below 2°C.

She added: “I think there is a huge and completely inexplicable gap between what our Prime Minister was saying in Paris which was very positive and what he is actually doing at home now.  I don’t know if he has just, you know, some sort of cognitive dissonance issue with not understanding that if you make pledges, like being serious about trying to work towards 1.5°C as a threshold, then you can’t do that if at the same time you’re literally trying to get every last bit of oil and gas out of the North Sea.

“To have someone who is giving the nice words in Paris, hoping perhaps that people won’t look too carefully at the policies back home is incredibly dangerous.”

The MP for Brighton Pavilion believes the sector needs to invest more in energy storage as it is “crucial” to store power produced from renewables as well as in interconnectors “to import wind from other parts of Europe” when it’s not blowing in the UK.

Ms Lucas added energy efficiency is the “poor cousin” in the energy debate.

She went on: “We need a massive investment in energy efficiency making, every home properly efficient and so people are not dying in their homes in the 21st century because they can’t afford to keep them warm. That is a real tragedy.

“So if we combined energy efficiency and with these other things around renewables, we could get where we need to be in terms of our climate emissions, we could create hundreds of thousands of jobs and we could ensure that we have a stable economy and climate moving forward.”