SSE said it is most likely to close three of the four units at its 1,995MW coal-fired power plant. It is consulting with 213 employees and other stakeholders at Fiddler’s […] 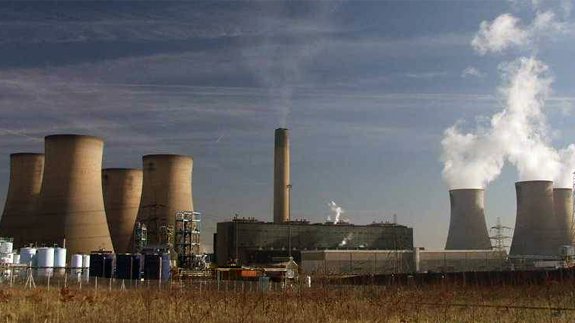 SSE said it is most likely to close three of the four units at its 1,995MW coal-fired power plant.

It is consulting with 213 employees and other stakeholders at Fiddler’s Ferry Power Station in Cheshire about the proposal to end commercial operations.

Although a final decision hasn’t been taken yet, the Big Six energy supplier expects the three units to close by 1st April this year.

That’s despite winning the government’s Capacity Market contract for winter 2016/17, which is designed to incentivise backup plants to stay online.

SSE won a contract for three of its units in the first-ever auction and said it will have to pay the government around £33 million if it decides to terminate the contract and cease commercial operations.

The energy firm added it has taken this “difficult step due to continuing challenging economic and environmental conditions for coal” as the UK moves towards a cleaner mix of electricity generation.

It said the ageing coal-fired station has been making “substantial losses” in recent years and is expected to continue losing money through to 2020.

SSE will “actively seek to avoid but cannot rule out some compulsory redundancies” if an ongoing role for the units at the station cannot be identified.

Paul Smith, SSE Managing Director, Generation, said the economic realities of running the ageing plant at a loss “could no longer be ignored”.

He added: “We are fully aware of the impact this will have on our colleagues, their families and the community and our priority is to support staff during the consultation process.

“The reality is the station is ageing, its method of generating electricity is being rendered out of date and it has been and is expected to continue to be loss-making in the years ahead. Sustaining for too long loss-making power stations would undermine SSE’s ability to invest in modern generation plant in the UK.”

Earlier this year Energy Secretary Amber Rudd announced all coal plants in the UK will be shut down by 2025.