A government scheme which provides financial support for renewable heating in homes and businesses has been critical in the uptake of the technology. The Renewable Heat Incentive (RHI) scheme provide […] 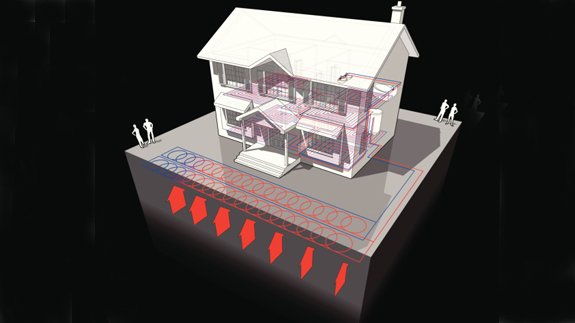 A government scheme which provides financial support for renewable heating in homes and businesses has been critical in the uptake of the technology.

It was initially introduced for non-domestic applicants in November 2011 and expanded to domestic households in April 2014.

The latest reports from DECC follows the government’s commitment to increase funding for the RHI to £1.15 billion by 2021 while reforming the scheme to deliver savings of almost £700 million during the same period.

The survey looked into applicants who joined the scheme between January and December 2014.

They were mostly from the commercial and leisure (57%) and agriculture (28%) sectors and “they overwhelmingly work in small businesses with fewer than 10 employees”, it states.

Almost three-quarters of all installations were retrofitted and 87% of applications were for small biomass boilers, with a capacity of less than 200KW.

Non-domestic consumers were motivated by financial reasons when deciding to install a renewable heating system; “for 58% it is the most important factor”. The upfront costs were the main concern for 42% of applicants. 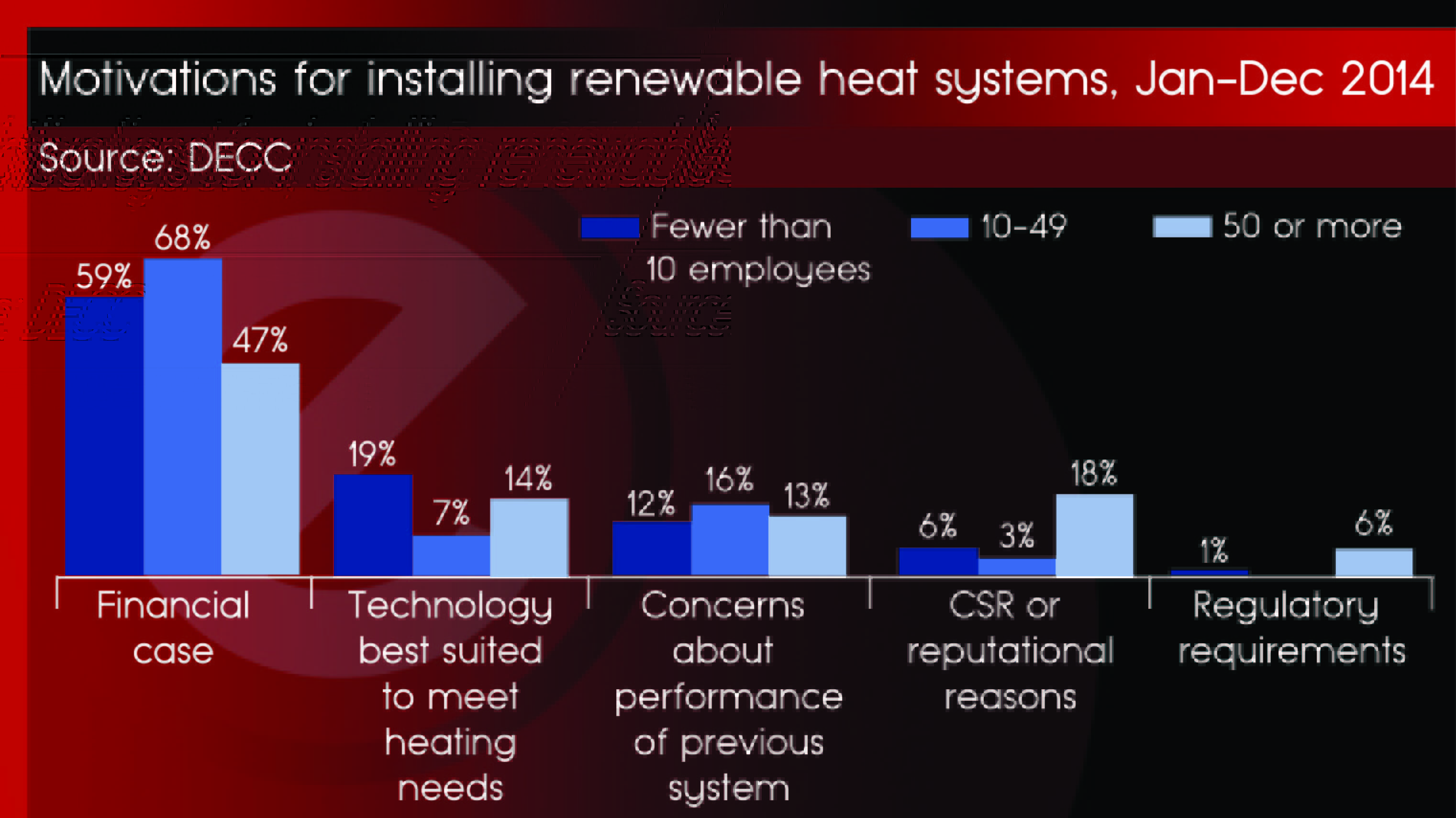 However large businesses with 50 or more employees and those in the public sector are more likely to be motivated by CSR, with 65% and 59% respectively selecting it as a factor in their decision, compared to 44% of all applicants.

The report also found 63% of applicants would not have installed a renewable heat technology if not for the RHI.

The majority of applicants (87%) were satisfied with the operation of their installation.

Between May 2014 and April 2015, DECC received more than 25,500 domestic applications. Financial considerations and environmental concerns were the most common drivers for switching to a renewable heat source, according to DECC.

A grant or funding becoming available was particularly important for those who installed biomass systems (52%), with six in 10 applicants picking the specific technology. 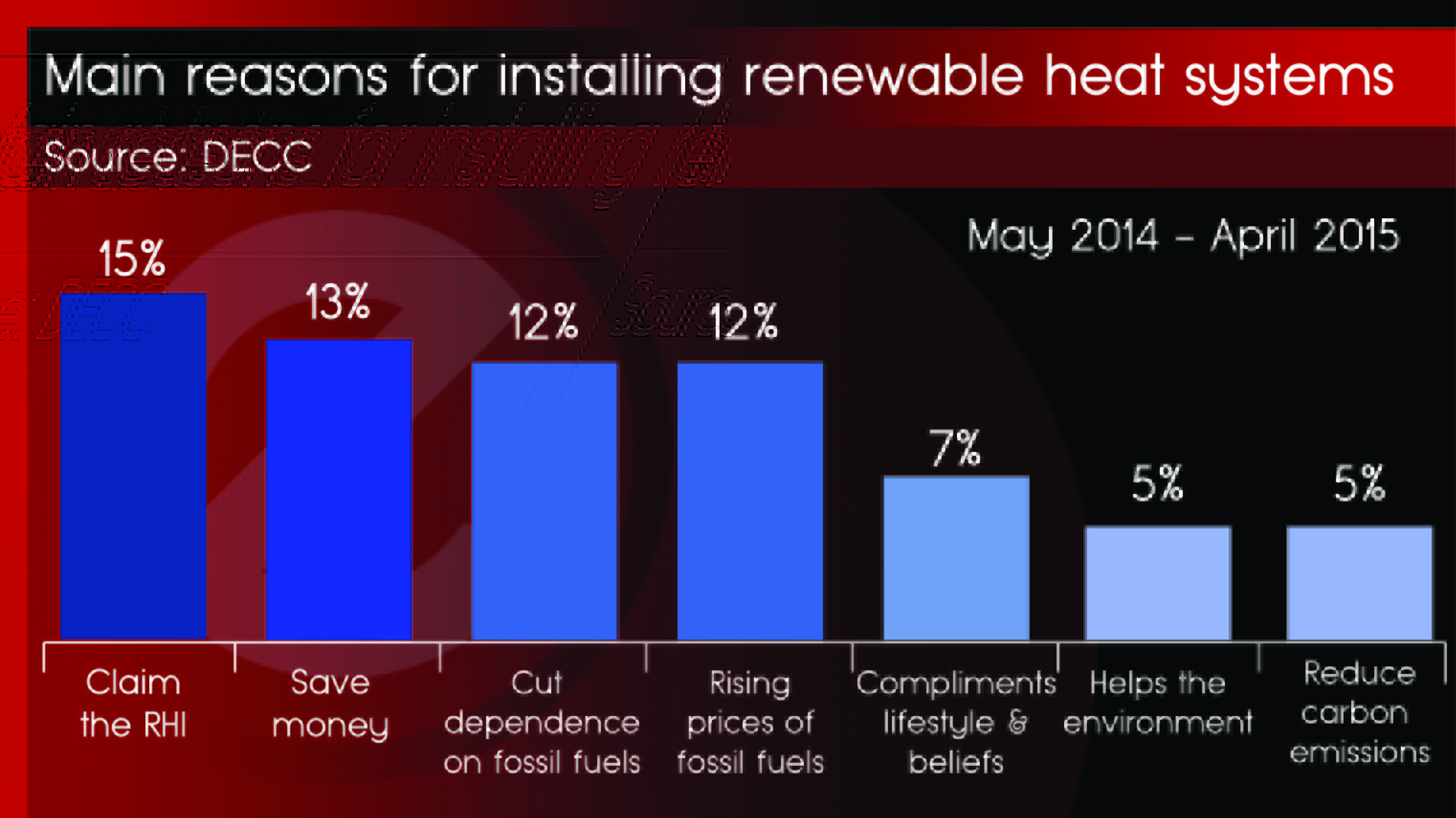 The survey also found more than 80% of domestic applicants to the RHI are satisfied with their new systems.

Installers were by far the most common source of information about renewable heat technologies (73%) and also about the RHI (59%).

They were also rated the most trusted – where applicants accessed more than one source – and the most useful information provider.

Energy Minister Lord Bourne said: “Reforming how we use energy for heating is critical to achieving secure, affordable and clean energy for families and businesses across the country. That is why the government will be pushing a more cost effective, targeted Renewable Heat Incentive scheme for the next five years.”