The stamp duty paid on homes that are energy efficient should be up to £2,500 less than those that aren’t. That’s the suggestion of thinktank Policy Exchange, which believes the […] 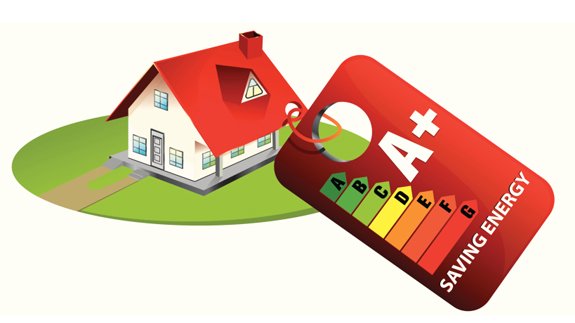 The stamp duty paid on homes that are energy efficient should be up to £2,500 less than those that aren’t.

That’s the suggestion of thinktank Policy Exchange, which believes the change to stamp duty could lead to 270,000 households a year improving their energy efficiency.

It proposes linking the stamp duty system to the energy performance of a property to create an incentive for buyers to purchase a more efficient home.

It states homebuyers could receive a £500 discount on the stamp duty charged on a house bought for £220,000, the average price paid in the UK.

It would be paid for by charging more money – up to £2,470 from £1,900 – on properties that are found to be the most inefficient. However it suggests the money could be paid back if energy efficiency improvements – such as insulation or a new boiler – are made within 12 months from the point of purchase.

Since stamp duty is not paid on properties below £125,000 there would be no impact on lower value properties, the report adds.

According to the thinktank, household gas and electricity usage fell by 23% between 2004 and 2014 however the UK still has among the least efficient housing stock and highest rates of fuel poverty in Europe.

Citing another research, it states energy efficiency could deliver carbon savings of 24 million tonnes of CO2 every year by 2030 – equivalent to taking more than 10 million cars off the road. That could also help householders save a total of £8.6 billion annually in energy costs, it adds.

Richard Howard, Head of Environment and Energy said: “There is a clear case for improving the energy efficiency of UK homes. Improving energy efficiency can significantly reduce household energy bills, contribute to meeting decarbonisation objectives at low cost and reduce fuel poverty and the associated health effects of living in a cold home.

“It can also improve the security of supply of energy by reducing the overall demand for electricity and gas, reducing the need to build new power stations and reducing fossil fuel imports.”

“The policies would influence purchasing behaviour by reducing the transaction costs and increasing the size of mortgages available for a more efficient homes,” the report states.

The government said its 2014 stamp duty reform created a “simpler and fairer system” which has cut stamp duty for 98% of homebuyers.

It added all taxes are under review “however all reliefs must be well targeted and must not complicate the system”.

A spokesperson said: “This government is serious about helping vulnerable people heat their homes and keeping bills low – that is why we are requiring energy companies to improve the energy efficiency of over 200,000 homes per year, helping to tackle the root cause of fuel poverty while delivering on the government’s pledge to insulate one million homes over the Parliament.”