Plans for a huge renewable energy plant in Teesside have been scrapped by Air Products. The US-based company said the Tees Valley energy from waste (EfW) project is no longer […] 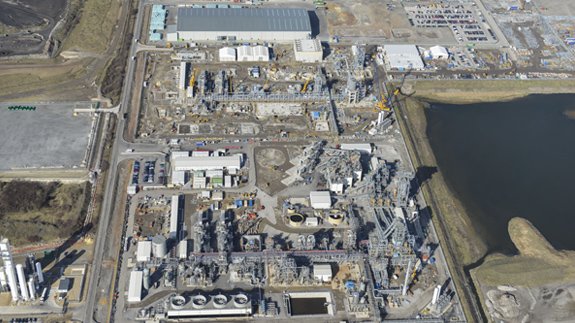 Plans for a huge renewable energy plant in Teesside have been scrapped by Air Products.

The US-based company said the Tees Valley energy from waste (EfW) project is no longer in its best interest as additional design and operational challenges would require “significant time and cost to rectify”.

It also announced it is exiting the EfW business and will look to sell both Tees Valley 1 and 2 plants.

The facilities, designed to use gasification technology to convert refuse derived fuel into synthetic gas, would have diverted 700,000 tons of non-recyclable waste from landfill every year.

They would have generated enough electricity to power more than 100,000 homes.

However commissioning of the 350,000-ton capacity Tees Valley 1 facility is to end, with Air Products also exiting the EfW business.

A total of 125 employees are directly employed, with 20 additional contractors.

However Air Products told ELN it is not announcing any redundancies yet and is focusing on how the company can “best optimise the cash value”.

Chairman, President and CEO Seifi Ghasemi added: “Air Products is focused on our core Industrial Gas business. We pushed very hard to make this new EfW technology work and I would like to thank the team who worked so diligently. We appreciate the hard work of our employees and contractors at the site and certainly understand their disappointment in this decision. We are also disappointed with the outcome.”

The Tees Valley 2 project was suspended in November, with 700 workers laid off.

GMB, the union for engineering construction workers, said the news is “another crushing blow” for employment on Teesside.

Regional Officer Michael Blench added: “Both Tees Valley energy from waste projects, TV1 and TV2, have provided employment for the region but the inability of Air Products to purchase the right, proven technology and then its reported incompetence at rectifying the design flaws has now resulted in both plants being potentially scrapped.

“The knock-on effect is going to deny work for the local supply chain and jobs for local people in both running the plants and maintaining them. You couldn’t invent a story like this if you tried.”