The North of England has a “unique opportunity” to lead the UK’s future energy agenda. That’s according to a report commissioned by Northern Gas Networks (NGN) which revealed the economic opportunities presented […] 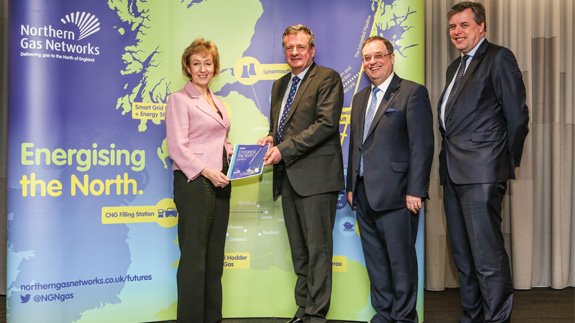 The North of England has a “unique opportunity” to lead the UK’s future energy agenda.

That’s according to a report commissioned by Northern Gas Networks (NGN) which revealed the economic opportunities presented by the existing and future energy projects in the region.

It stated the energy sector in the North of England is contributing “strongly” to the economy of the region and the country.

It added investment is taking place at all scales, from households installing small-scale renewable heat and power plants to the region’s gas and electricity network operators funding “hundreds of millions of pounds” in maintaining and improving the networks.

Alongside these investments, the region is working on new technologies to help address energy affordability, decarbonisation and security of supply, said NGN.

They include the ‘Hydrogen H21 Leeds City Gate’ project which looks at ways of replacing natural gas with hydrogen while using existing gas networks and pilot schemes in Newcastle for decentralised electricity and heat networks.

The report also highlights the region is a hotbed for energy innovation due to its geographical location which means it is the point of contact between the UK and North West Europe for import and export of resources and products through its interconnectors and ports.

In terms of natural resources, the region has the Bowland reserve, which is estimated to have 37.6 trillion cubic metres of shale gas.

Energy Minister Andrea Leadsom, who attended the report launch in Leeds, said: “During the 19th century Britain emerged as a great industrial power and was viewed by many as the ‘Workshop of the World’. Even though this was over a hundred years ago the North remains key to the UK’s industrial future.

“You can see the opportunities for economic development right across the region – particularly in the energy sector as highlighted by today’s report. It’s very clear from this report that cities across the area must look to work together to take on the world as a ‘Northern Energy Powerhouse’.”