French plans to subsidise EDF for Hinkley ‘could be illegal’

The French Government’s plans to provide financial support to EDF for the Hinkley project in Somerset could be illegal. That’s according to three EU law barristers from Monckton Chambers in a […] 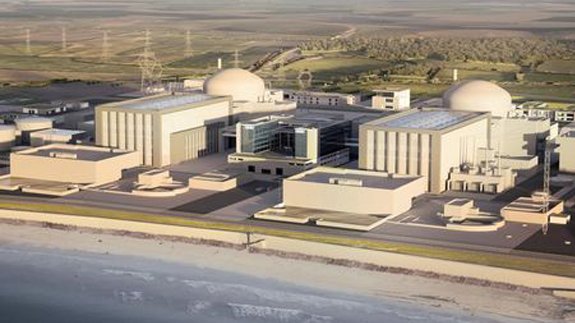 The French Government’s plans to provide financial support to EDF for the Hinkley project in Somerset could be illegal.

That’s according to three EU law barristers from Monckton Chambers in a legal opinion released by green energy supplier Ecotricity and Greenpeace.

It stated the French Government’s refinancing plans for EDF are “likely to be illegal” under EU law unless and until they are approved by the EU Commission.

The Commission’s investigation of state aid takes around a year and “it is doubtful that approval would be given”, it added.

The cost of the Hinkley Point C nuclear project is £18 billion. It is supported by the UK Government which is investing £2 billion and a Chinese firm which is funding £6 billion.

If EDF’s board agreed to proceed with the project without the EU Commission approval, “the firm could be forced to repay billions of euros”, the lawyers claim.

The final investment decision on the nuclear plant has been delayed again.

Dale Vince, Ecotricity Founder said: “It’s time for everyone to realise that we’ve reached the end of the road for Hinkley Point – it’s not going to happen. Illegal state aid is one thing and we’ll work with Greenpeace to challenge that if it happens – but it’s not just financial issues, there are technical problems with Hinkley Point too.

“EDF are yet to build one of these reactors, their first two attempts are, between them, 16 years late and billions over budget – nobody in a normal business would attempt a third with the first two so woefully out of control.”