A group of MPs are calling on the UK Government to set a fifth carbon budget, which includes cutting emissions from international shipping. In a new report launched by the […] 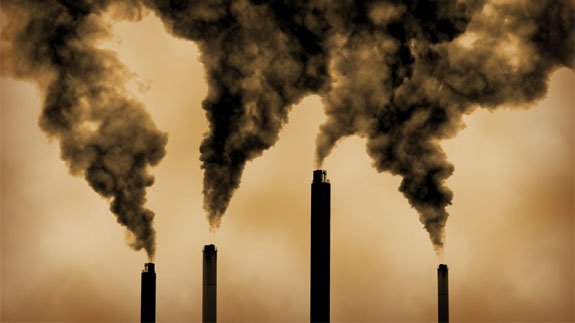 A group of MPs are calling on the UK Government to set a fifth carbon budget, which includes cutting emissions from international shipping.

In a new report launched by the Energy and Climate Change Committee (ECC), they are urging the government to accept the recommendation of 1,765 metric tons of Carbon Dioxide equivalent (MtCO2e).

That includes 40MtCO2e emissions from international shipping which was recommended for the first time by the Committee on Climate Change (CCC) last November.

The ECC is urging the government to include emissions from international shipping as advised by the CCC and work with partners to secure an agreed mechanism for controlling aviation emissions.

The Climate Change Act commits the UK to reducing carbon emissions by at least 80% by 2050 compared to 1990 levels.

To meet this target, the UK Government sets carbon budgets – or caps in emissions – for each five-year period between 2008 and 2050.

The level of four carbon budgets have been set in law so far, covering up to 2027.

The UK is currently on track to meeting the first three carbon budgets but there are questions about whether adequate policies are in place to meet the emissions reductions needed in the late 2020s under the fourth carbon budget period.

The level at which a carbon budget is set must be fixed in legislation “not later than 30th June 2016”.

The ECC believes a power sector carbon intensity target of 100gCO2/kWh must be set for 2030 “to provide the investment certainty needed”. Last month it said changes to energy policies are “spooking investors”.

The committee also recommends the government to carry out further analysis as to what levels of emissions reductions may be required to meet the climate deal set in Paris last December, which was signed by at least 170 countries last week.

Angus MacNeil MP, ECC Chair added: “Meeting our Climate Change Act targets and commitments made in Paris will require action across the board but decarbonising our power sector is – along with energy efficiency – the most cost-effective way of reducing our emissions. It will also be vital in reducing emissions from the heat sector and from transport as we electrify our rail network and road vehicles.

“The UK can’t afford any further delays when it comes to replacing dirty power stations with cleaner forms of generation. Investors need certainty and setting a decarbonisation target for the electricity sector would signal the Government’s commitment to phasing out fossil fuels.”

DECC said it is considering the advice of the CCC and will set the fifth carbon budget “in due course”.

A spokesperson added: “We are determined to meet our climate change commitments in the most cost-effective way so we can keep bills as low as possible, and have already reduced our emissions by over 30% since 1990.”