Latin America and Caribbean could be zero carbon by 2050

Latin America and the Caribbean could go zero carbon by 2050 with ambitious and targeted policies. That’s according to a report by the United Nations Environment Programme – DTU Partnership […] 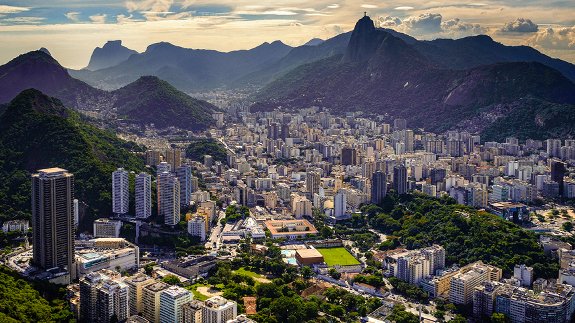 Latin America and the Caribbean could go zero carbon by 2050 with ambitious and targeted policies.

That’s according to a report by the United Nations Environment Programme – DTU Partnership (UNEP-DTU) which stated although those regions account for only 10% of the world’s greenhouse gas (GHG) emissions, the region is at the forefront of global efforts to tackle climate change.

It analysed how changes in the electricity, transportation, land use and industry sectors could make the region carbon free during the same period.

Those sectors represent 90% of the regions’ GHG emissions, it added.

The study recommends decarbonising the regions’ energy sectors by meeting all electricity demand from renewable sources.

It also suggests a “massive” electrification of transportation, including roads and railways using efficient batteries which could reduced the cost of energy storage by 14% per year.

However, it also warned that the consequences of not acting on climate change could be much more costly.

It estimates that by 2050 the economies of Latin America and the Caribbean would have to face a $100 billion (£69bn) bill for the impacts of climate change, such as degradation of coral reefs, melting of tropical glaciers or loss of agricultural productivity.

Leo Heileman, Director and Regional Representative of UNEP said: “Decarbonisation has already begun in our region. Take the case of Costa Rica: during the last year its electricity generation was exclusively based on renewable sources; or Brazil, Uruguay and Nicaragua, where the transition to renewable energy is consolidating.

“This report indicates that it is feasible to achieve the total elimination of greenhouse gas emissions in Latin America and the Caribbean with concrete and bold actions that can dramatically improve the quality of life of people.”