A new wind farm in the Highlands is to power the creation of some of the nation’s well known chocolate bars and pet foods. The energy needed to produce Mars […] 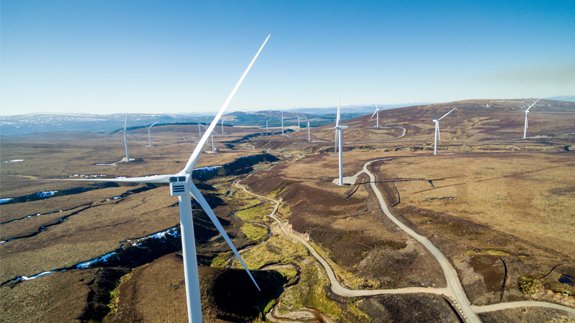 A new wind farm in the Highlands is to power the creation of some of the nation’s well known chocolate bars and pet foods.

The energy needed to produce Mars Bars, Twix, Snickers, Dolmio and Pedigree in the UK will be supplied by the 60MW Moy Wind farm near Inverness in Scotland.

It will generate the equivalent of 100% of the electricity required to power all 12 Mars site in the country.

The power produced would be enough for 34,000 average UK households or to make 4.2 billion Mars bars every year.

Mars, Incorporated has signed a 10-year deal with Eneco UK as part of its efforts to reduce its carbon footprint and become carbon neutral globally by 2040.

Barry Parkin, Chief Sustainability and Health & Wellbeing Officer at Mars Incorporated, said: “The UK has been home to Mars for 84 years. We’re proud the brands we make here will now be manufactured using renewable electricity and that we are reducing our carbon footprint in the UK and around the world.

“As with our wind farm in Lamesa, Texas, Moy will contribute significantly to our effort to eliminate fossil fuel energy use and greenhouse gas emissions from our global operations by 2040 as part of our ‘Sustainable in a Generation’ programme.”