Amber Rudd: Progress made towards 2020 green targets but there’s more to do

The UK has made some progress in the renewable sector towards achieving its targets for 2020 but there is still more work to do. That’s according to Energy Secretary Amber […] 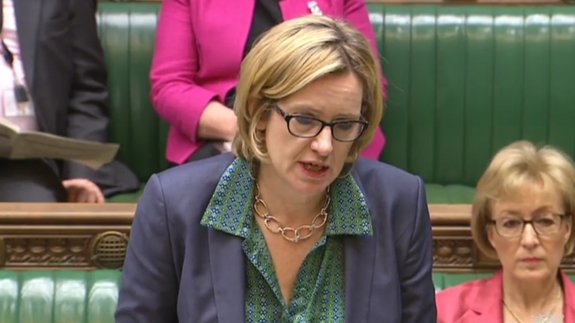 The UK has made some progress in the renewable sector towards achieving its targets for 2020 but there is still more work to do.

That’s according to Energy Secretary Amber Rudd who answered questions from MPs at the House of Commons today.

When asked if the Renewable Heating Incentive (RHI) proposals launched in a consultation last month will enable the country to generate 15% of the nation’s energy use from green sources, she said: “The renewable target for 2020 covers building heat, transport and electricity. The RHI is a key part of it, that’s why we’ve had the consultation. We are now going to be examining those answers, those responses in order to make sure that we direct the funds that we have in the most effective way.”

DECC’s proposals include cutting tariffs for biomass boilers by up to 61% and scrap solar thermal support.

Ms Rudd added: “We recognise that although we’ve made good progress towards renewable targets for 2020 there’s more work to do but we believe we have sufficient policies at the moment to address the needs. We are going to look at what else could be done particularly in buildings and transport to make more progress.”

In November, the Energy Secretary admitted in a leaked letter that the country will miss a major legally-binding renewable target.

Ms Rudd was also asked about what the government is doing to boost research and development in the green sector.

She said: “The government is taking steps to build on our proud history of energy innovation and is more than doubling our energy innovation budget over the next five years to a total of £500 million. With this budget we can continue to support the development of clean, cheap and reliable technologies and the growth of green research and development sector across the UK.”

The Conservative MP insisted the government will launch an emissions reduction plan by the end of the year and respond to MPs request of setting a fifth carbon budget but didn’t give a specific time.

“It is an important issue for the UK that’s why we are not rushing it”, she added.

According to trade body Industrial & Commercial Energy Association the RHI consultation is “disappointing” for the non-domestic market.