EDF Energy boss: No project as well prepared as Hinkley to be a success

There is no project “as well prepared to be a success” as Hinkley Point C. That’s what Vincent de Rivaz, CEO of EDF Energy, told the Energy and Climate Change […] 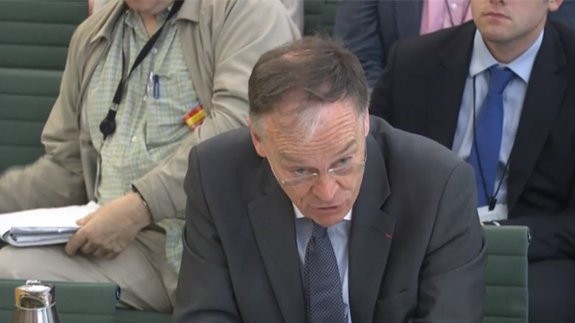 There is no project “as well prepared to be a success” as Hinkley Point C.

It follows the firm’s announcement to delay the final investment decision for the nuclear project in Somerset until September.

Mr de Rivaz said: “Never in the history of EDF has a project been as ready as Hinkley Point C.”

He told MPs “the money is there” for the project however trade unions want to delay the project by two to three years but the firm aims to stay on track.

That’s why the company launched a consultation with trade unions earlier this month which is expected to last at least 60 days, he said.

He added: “I have every confidence that the consultation will be a good opportunity to address the concerns that have been raised and at the end of this consultation the board will make its decision.”

Mr de Rivaz insisted they “are not pulling the plug, on the contrary, the project is not on hold and it continues”.

He also said the UK Government is “our client” and “we can’t afford to keep the UK waiting” because “Hinkley Point C is very much needed in this country”.

The EDF Energy chief added: “I understand the impatience that people have to see this project going ahead and being delivered on time. I understand that. What I am telling you is that we are confident that this project is ready to go.”

Asked if he can confirm the nuclear project will be commissioned in the next nine years, Mr de Rivaz said: “2025 is certainly the date we would like to confirm.”

He added EDF Energy will give an exact date once they make the final investment decision.

Giving evidence to the Energy and Climate Change Committee she insisted the country’s energy supply won’t be jeopardised if the project doesn’t go ahead.

Ms Leadsom added: “Energy security is not negotiable… We will always have a plan to ensure we have energy security.”

She also said the government has not set a deadline for EDF to make its final investment decision because it’s “a commercial decision” but added the Tory administration is “confident” the firm will get a final outcome.

In a letter sent to the Energy and Climate Change Committee ahead of the hearing, Mr Macron said the project “can strengthen economic, industrial and energy ties” in both countries “in a bid to develop low carbon energies in line for the Paris Agreement”.

He insisted the project will create jobs in both countries, strengthen the expertise of their operators and enhance competitiveness.

Mr Macron added: “I can appreciate that a certain amount of impatience may be creeping in as the project is key for the UK’s energy and climate change policy.

“I am very confident that a final investment decision can be made rapidly after the end of the consultation of the Central Works Committee and that it will signal the development of a very fruitful collaboration in the industrial and energy sectors between our countries.”

Earlier this month EDF announced an additional £3 billion in case of emergencies during the building and running of Hinkley Point C.

According to a report by the UN, the UK failed to consult European countries over potential risks the nuclear project could have on them.