Proposals to extract shale gas at a site in North Yorkshire have been given the green light. North Yorkshire County Council’s (NYCC) planning committee gave the go ahead for Third […] 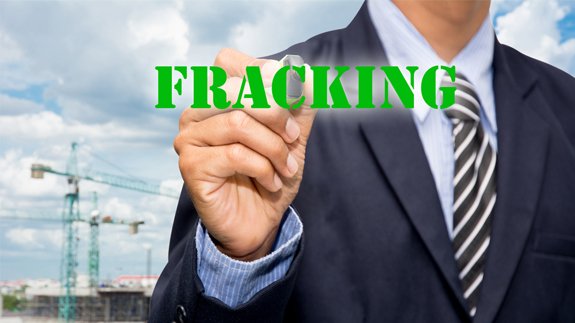 Proposals to extract shale gas at a site in North Yorkshire have been given the green light.

It is the first fracking project to be approved since a ban was lifted in 2012.

The planning committee voted seven to four in favour.

The announcement comes after officials suggested the council should give the go ahead to frack earlier this month.

The county council said the committee is “satisfied that in this particular application, mitigation of the effects of the development with regard to safeguarding the natural environment, protected species and habitats, the amenity of local residents, the protection of ground and surface water quality and traffic management can be achieved through the discharge of the planning conditions”.

It also noted many objections have been expressed about significant and adverse impacts on the environment.

However it stated local councils are “required to work within the national policy framework that indigenous oil and gas remain key to energy security” while reducing greenhouse gas emissions.

Richard Flinton, NYCC Chief Executive said: “This has been a very difficult decision for the council to make and we know it is a difficult decision for the people of this county. We are proud of our beautiful county which attracts so many visitors and maintains a thriving tourism industry. We have no intention of jeopardising those qualities and our rural industries and livelihoods. For that reason the planning conditions must be fully discharged and monitored.

“In this case there has already been drilling for gas on this site over many years. The decision taken today does not have a bearing on future decisions. Each application of this nature will be decided upon based on its own merits.”

Third Energy believes the approval “is not a victory but a huge responsibility”.

CEO Rasik Valand added: “We will have to deliver on our commitment made to the committee and to the people of Ryedale to undertake this operation safely and without impacting on the local environment.”

The UK Government welcomed the news and insisted “tough regulations” are in place to ensure fracking can take place safely.

Energy Minister Andrea Leadsom said: “This decision has been made by the local council. We’re very clear that fracking is a fantastic opportunity. It’s good for jobs, the economy and strengthens our energy security.”

Ken Cronin, CEO of UK Onshore Oil and Gas (UKOOG) added: “UKOOG welcomes the decision that has been taken today by North Yorkshire County Council, which helps to dispel many of the misleading claims that have been made about this application as well as the process of hydraulic fracturing more generally.”

Shadow Energy Secretary Lisa Nandy MP however believes there should a moratorium on fracking until stronger protections are in place.

She said: “The controversy over this application shows fracking is still hugely contentious yet the Tories abandoned their promise of tougher safeguards. We need robust rules to offer communities reassurance that the environmental risks will be properly managed and local concerns will be listened to.”

Friends of the Earth added the approval is “an absolute travesty of a decision but the battle is very far from over”.

Yorkshire and Humber campaigner Simon Bowens said: “Despite this decision, public support for fracking is plummeting as Wales, Scotland and countries across Europe have suspended it. The risks to people’s health and the environment are unacceptable and we will fight on.”

Earlier this month ELN hit the streets of London – from Trafalgar Square to DECC’s office – with environmentalists protesting against David Cameron and his Conservative Government’s backward green policies, including fracking.