Thumbs up for Formula E finale race in London

The season finale of the all-electric car race will take place in London in July. The FIA Formula E Championship 2015/16 has been given the green light for the final […] 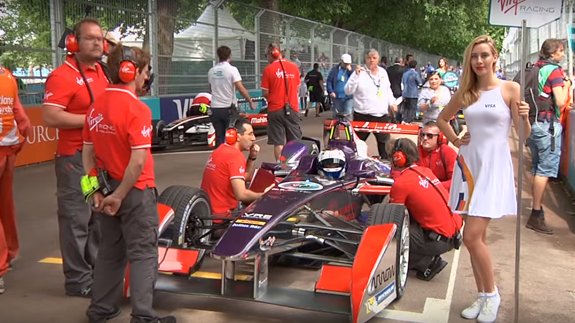 The season finale of the all-electric car race will take place in London in July.

The FIA Formula E Championship 2015/16 has been given the green light for the final race at Battersea Park in a deal with Wandsworth Borough Council worth £2.85 million.

The council will receive the money as a “financial compensation package for loss of income in 2017”.

Councillor Jonathan Cook said: “Formula E has notified us that they will be holding their final races in Battersea Park this summer and that from 2017 onwards they will be seeking alternative locations.

“Some of this money has been spent on maintaining and improving Battersea Park while the rest is helping to fund the vital frontline services that our residents rely on the most like services for vulnerable children, libraries, day centres for older people, support for disability groups and other important functions like fixing potholes and keeping our streets clean.”

The July event will be the last Formula E race in Battersea Park as the all-electric racing series is looking for an alternative location for next year.

According to Cllr Cook this includes “the possibility of a street circuit in central London”.

Formula E CEO Alejandro Agag said: “We are very pleased that the Visa London ePrix will go ahead as planned. We would like to thank everybody involved in helping to make the races in Battersea Park such a success. We now look forward to finding a new home in London, using the streets and backdrop of one of the most famous and recognisable cities in the world.”