Renewables helped Galapagos Islands save ‘million of litres of diesel’

Wind and solar farms installed in the Galapagos Islands have reduced diesel consumption by 8.7 million litres since 2007. The three 800kW turbines and two 6kW solar systems have also […] 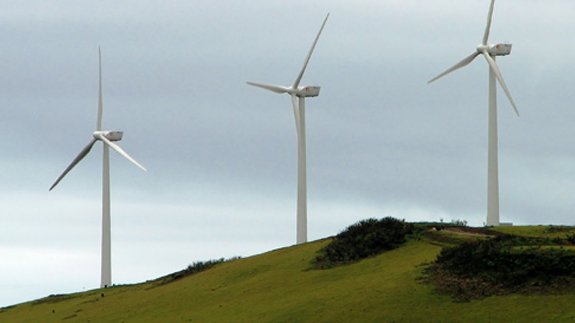 Wind and solar farms installed in the Galapagos Islands have reduced diesel consumption by 8.7 million litres since 2007.

It is a non-profit organisation of 11 major electricity firms including RWE AG which financed the project and led it with the government of Ecuador and the UN Development Programme.

The $10 million (£6.8m) San Cristobal Wind Project generated around 136,000kWh of electricity and supplied 30% of the island’s electricity needs.

It was built following an oil accident which spilled more than 500,000 litres of oil and diesel in the Islands.

A proposal to expand the project by installing more solar panels, a fourth turbine and a battery storage system, which could boost green energy’s share to 70%, is being considered by GSEP.

The project has also been taken over by local utility ElecGalapagos which aims to convert the islands into a zero fossil fuels territory.

Esteban Albornoz, Minister of Electricity and Renewable Energy said: “The San Cristóbal Island Wind Project has become an internationally known flagship project for its location within a natural heritage such as the Galapagos Islands and because after eight years of successful operation, it has managed to reduce in a high percentage the use of diesel fuel in electricity generation, with great benefits for the fragile island ecosystem.”